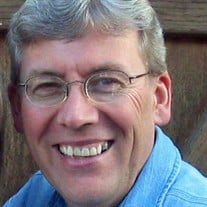 Alan Frederick Murley, 63, passed away on Dec 1, 2016 at his home in Draper, UT, surrounded by his loving family; after a long and courageous battle with a rare form of melanoma. Alan was born on Jul 9, 1953 in Gander, Newfoundland, Canada to William and Iris Murley (Ash). He married Michelle Hoffman on May 30, 1975 in St.John’s, Newfoundland. They were sealed for time and all eternity in the Cardston, Alberta Temple of The Church of Jesus Christ of Latter-Day Saints on June 21, 1975. They celebrated their 41st anniversary this year. Alan was raised in Newfoundland, and after marrying his sweetheart, Michelle, moved to the west coast of Canada and settled in Abbotsford, BC where he lived for the next 24 years. He worked for the City of Abbotsford as a surveyor, and then in civil engineering as an Engineering Plans Examiner after completing his education. Alan then moved to Olympia, Washington where he again worked as an Engineering Plans Examiner for the City of Olympia for 17 years. He enjoyed his work and coworkers very much. He always enjoyed working with the public and being a support to others. Alan was an avid gardener and landscaper. He had an incredible green thumb and could nourish almost any plant or seed into growing beautifully. His yard was his happy place and he spent many peaceful hours there. It showed in the beauty he cultivated into the most beautiful yards and green spaces. He enjoyed photography and in recent years had travelled with friends, family, and his wife on cruises, which he enjoyed immensely. Alan was a devout member of the Church of Jesus Christ of Latter-Day Saints. He served his church community in many different ways as a scout and youth leader, teacher of an early-morning seminary class, a counselor in the bishopric in the first ward (congregation) formed in the Abbotsford area, and many other assignments. He served willingly and had a kind and open heart for others. Alan will be remembered as a great story teller with a great sense of humor. His humor kept him, and his family and friends, strong through all of the years of surgeries and treatments he had to endure. Survived by: His mother, Iris Murley; His spouse: Michelle Murley (Hoffman) Siblings: Elaine Noftle (Carson), Ken Murley (Valerie), Bob Murley (Shân) and Barry Murley (Gloria). Children: Craig Murley (Shelley), Erin Forchuk (Graham), Shannon O’Donnal, Stephanie Beard (Spencer) and Chelsea Swain (Willie). And fifteen beautiful Grandchildren: Jordan, Emily, Austen, Tanner, Averie, Clara, Evan, Gavin, Benjamin, Brynlea, Rowan, Corinne, Asher, Parker and Jeik. As well as many, Aunts, Uncles, cousins, nieces, nephews and dear friends. Preceded in death by: His father, William Murley; and his infant son, Alan Frederick Murley, Jr. Funeral Service to be held Saturday, December 10, 2016 at 1pm at The Church of Jesus Christ of Latter-Day Saints 498 E. Hollow Creek Road (14085 S.), Draper, Utah. A viewing to be held for family before the service. Graveside service to be held following the funeral service at Larkin Sunset Gardens 1950 Dimple Dell Rd, Sandy, UT 84092. Please share memories and condolences at www.serenityfhs.com

Alan Frederick Murley, 63, passed away on Dec 1, 2016 at his home in Draper, UT, surrounded by his loving family; after a long and courageous battle with a rare form of melanoma. Alan was born on Jul 9, 1953 in Gander, Newfoundland, Canada to... View Obituary & Service Information

The family of Alan Frederick Murley created this Life Tributes page to make it easy to share your memories.