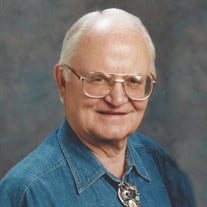 Our dearly loved husband, brother, father, and grandfather, Alfred Eugene Johnson, age 79, returned to his heavenly home on December 9th 2014. He had been suffering for eleven years from multiple strokes as well as pulmonary fibrosis, and diabetes. He was born March 18th, 1935 in Raymond Alberta, Canada. He was raised in a loving home filled with boys who enjoyed the outdoors. He was an avid hunter and fisherman, who was found taking pictures of nature often. He served a mission for the Church of Jesus Christ of Latter-Day-Saints in the Western Canadian Mission. He continued his service in the church throughout his life serving in many callings including Branch President and Bishop, but his greatest love was serving in the scouting program. He set a strong example for the youth to follow. He was married to Dorothy Caryl Gates on August 16th, 1961 in the Cardston Alberta Temple. Over the years they have resided in Alberta, British Columbia, Ontario, Kentucky, and Utah. Alfred was an entrepreneur at heart and was a great salesman as he had a very welcoming personality and made everyone an instant friend. In his spare time he was a writer and published two books. He has also written a book of poetry and his personal history. In his later years he could be found serving in the temple and was an ordinance worker in the Provo, Mount Timpanogos, and Cardston Temples. Alf and Dorothy raised four children and helped to raise seven foster children. Alfred was a great provider for his family, he is loved and will be missed. He is survived by his wife of fifty-three years, Dorothy Caryl Gates, brothers Alton (Pat) Johnson and Chuck (Shirley) Johnson. Children including Garth (Kuulei) Johnson, Heather (Michael) Moore, Caryl Johnson, Bryce (Toni) Johnson. Foster children including Edmond Anderson, David Humphreys, and John Bear and 18 grandchildren. He was proceeded in death by his brothers Jesse, Glen, and Warren Johnson as well as four infant siblings Alexander and Agnes Elmsley, Alan and Joyce Johnson, and his parents Carl Oscar Johnson and Agnes Leona Atwood. A viewing will be held on Friday, December 12th, from 10:00 A.M. to 11:00 A.M. at the Cranberry Farms 1st Ward located at 2150 N. Pointe Meadow Dr, Lehi UT. The Funeral Service will follow at 11:30 A.M. The interment will take place at the Lehi City Cemetery located at 1100 N 400 E, Lehi, UT. Please share condolences at www.serenityfhs.com

Our dearly loved husband, brother, father, and grandfather, Alfred Eugene Johnson, age 79, returned to his heavenly home on December 9th 2014. He had been suffering for eleven years from multiple strokes as well as pulmonary fibrosis, and diabetes.... View Obituary & Service Information

The family of Alfred Eugene Johnson created this Life Tributes page to make it easy to share your memories.