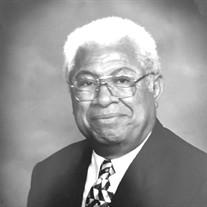 On May 4th, the patriarch of our family, Asaeli Alo Ika, passed away in his home alongside his many loved ones just two weeks before his 83rd birthday. This humble man was born on May 15th, 1934 to Sione Ika Mataele and Manu Leaifanga in Ha'akame, Tonga. He served the people there as their mayor for 22 years before moving to the United States. He was an ambitious and talented educator. He served as a school principal for various middle schools, a long time teacher and was revered by his many students. All those who knew Asaeli would say he was a great man of God. He is described as a man without guile. He was faithful to the many callings he held as a member of The Church of Jesus Christ of Latter Day Saints. He served in the stake presidency and a bishop while in Haakame. He served as a Patriarch as well as a Temple Sealer. Asaeli was an instrument in his Heavenly Father's hands as he sealed many families for eternity. He will be greatly missed by his surviving children, Kailiola (Paula Fisiinaua), Sione T (Mele), Likeila (Monalisa), Linita ('Isileli Tupou), Siaki ('Anau), Sefilinga (Artmore Vaikeli) and Falakesi (Jason Harris), and his many grand children and great grand children. He will also be missed by his surviving siblings Finau Ika and Feleti Ika. Asaeli is reunited with his son, Owen Ika (Edna) and siblings Sekeni Malakai, Miniti Malakai, Mele Langi Tuiasoa, Sione Ika, Tevita Ika and his loving wife, Selu Uipi Ika. Not only was he a loving father to his own but he also was a loving father to many other children, Uini Thomas, Talifolau Save, Sesilia Rosales and grandchildren, Letizia Wolfgramm and Leafa Faletau. With faith in the Plan of Salvation and the great legacy he has left behind, we are assured that his time here on earth was his best and that we will be reunited with him once again. A viewing service will be held on May 10th at the Salt Lake Tongan Stake center from 6pm-9:30pm, 3325 S 4440 W West Valley City, UT. Services will be at the same chapel the following day at 11am. Interment will be held at the Salt Lake City Cemetery, 200 N Street. Services are under the direction of Peni Malohifoou of Serenity Funeral Homes Draper, Utah

On May 4th, the patriarch of our family, Asaeli Alo Ika, passed away in his home alongside his many loved ones just two weeks before his 83rd birthday. This humble man was born on May 15th, 1934 to Sione Ika Mataele and Manu Leaifanga in... View Obituary & Service Information

The family of 'Asaeli Alo Ika created this Life Tributes page to make it easy to share your memories.

On May 4th, the patriarch of our family, Asaeli Alo Ika, passed...