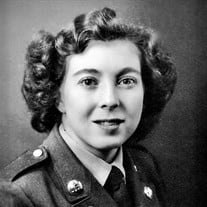 Beatrice passed from this earth on July 4, 2020 after suffering heart failure. Beatrice was born on March 23, 1930, in Blanding Utah. Her parents are William Richard Black and Elsie Ireta Stewart Black (both deceased). Beatrice was known by her name “Tootsie” throughout her growing up years in Blanding. She had a remarkable memory and could recite details of her early years when she lived with her parents in the mining camps in the mountains. Beatrice completed the 6th Grade at the Blanding Elementary School in 1936 and then attended Blanding High School. Her parents divorced in October 1941 which left the family emotionally shattered. A little over a month later on December 7, 1941, The Japanese Imperial Fleet attacked Pearl Harbor, Hawaii and the United State was at war. Her dad, along with millions of others, joined the Army Air Corp. Beatrice found herself at age 11 having to care for her younger siblings who included, Betty, born November 1, 1933, Lee, born July 6, 1936, and Harold, born April 1, 1939. The family suffered much during the war years but somehow managed to survive thanks to Beatrice’s resourcefulness. Her dad studied medicine in the military and became an ambulance driver and would recover crashed pilots at both Ft. Riley, Kansas and Mountain Home, Idaho. When the war ended in 1945 the family moved in with relatives in Orem, Utah, until their Dad found a home and a job in Provo, Utah. Once established, that family lived at 1796 West 150 North, Provo, Utah. Beatrice was 15 years old and attended Provo High School. Beatrice still had some responsibility for cooking and caring for her brothers and sister. Although the family was getting older and could better care for themselves. Beatrice graduated from Provo High School in May of 1948. She had an intense desire to travel and decided to enlist in the Army. Unfortunately, she needed her parent’s consent because she was under age. Her Father having served in the military knew what it might be like for a young lady to serve in the military and was most reluctant to give his consent. However, with a little stubborn insistence Beatrice finally won his approval. She entered on active duty at Ft Douglas, Utah on October 26, 1949. Beatrice tested with a high IQ rating and elected to attend the Signal School at Ft. Gordon, Georgia, where she learned to be a Cryptographer. She loved the military and served with honor and distinction. She was awarded the Occupational Medal (Japan) and the Korean Service Medal. She met a young man by the name of Roland Lionel Martin, who was also serving in the military. They married in Tokyo, Japan, on March 24, 1951. With a marriage and a child on the way Beatrice was discharged from the Army in September 1951. Annette was born in California after which the family moved to the State of Maine. Their next child, Pricilla, was born in Maine. This marriage ended in divorce and Beatrice found herself having to support the family and accepted employment at the Air Force Bases at Las Vegan, Nevada and San Bernardino, California. She married in Las Vegas where Richard Daniels was born. This marriage didn’t last and she again was supporting herself and her growing family. She raised an honorable family, set a wonderful example, and struggled to support and provide for those who depended upon her. She was always most generous, had a very kind heart and will be missed by all her knew her. Beatrice lived with her caring and compassionate daughter, Priscilla, for the past several years. Priscilla has been sensitive to her needs and has been generous with her time. She is also most sympathetic and patient with her mom which showed a great love. And so we bid farewell to our dear mom and sister until we all meet again where there will be no more farting nor pain.

Beatrice passed from this earth on July 4, 2020 after suffering heart failure. Beatrice was born on March 23, 1930, in Blanding Utah. Her parents are William Richard Black and Elsie Ireta Stewart Black (both deceased). Beatrice was known by... View Obituary & Service Information

The family of Beatrice K. Daniels created this Life Tributes page to make it easy to share your memories.

Beatrice passed from this earth on July 4, 2020 after suffering...