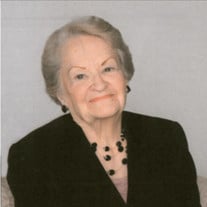 Our loving wife, mother, grandmother, sister and friend passed away peacefully from this life on October 17, 2015. She was born in Consumers, UT to Fayben Charles and Elvera Chader Olsen. Bonnie married John Howard on December 15, 1967. Together they joined their families and raised nine children. Bonnie and Howard worked side by side in the newspaper business for nearly 50 years. She dearly loved the people and communities they served. Her greatest joys were family, gardening, cooking, sewing, friends and hard work! She loved the Gospel of Jesus Christ of Latter Day Saints and served faithfully in many positions. She was the perfect example of faith and love for the Lord Jesus Christ. Her great love for life, family and serving others will be greatly missed by all who knew her. She is survived by her husband, Howard, children: Glen (Peggy) Adams of Roy, UT; Tracie (Kirt) Bailey of Blaisdell, ND; Steffnie (Randy) Shephert of Eden, UT; Mont (Elaine) Adams of Fallon, NV; Sharon Howes of Sacramento, CA; Craig (Shelley) Stahle of Salt Lake City, UT; Corey (Cheryl) Stahle of Syracuse, UT; Jeff (Lynne) Stahle of Redding, CA and LuAnne Lewis of Roy, UT; 42 grandchildren, 79 great-grandchildren and one great great grandchild, three brothers and two sisters. She was preceded in death by her parents and two brothers, Fayben, Jr. and Richard. A memorial service will be held at the North Park Ward, 2175 W. 4250 S., Roy, UT on October 21, 2015 from 5:00 p.m. To 6:30 p.m. Funeral services will be held October 23, 2015 at 12:00 noon in the Canyon Estates Ward, 965 E. Oakwood Drive, Bountiful, UT. Friends may call on Thursday, October 22, 2015 from 6:30 p.m. to 8:30 p.m. and October 23, 2015 at 10:00 a.m. to 11:30 a.m. prior to the services. Interment at the Bountiful Cemetery. Condolences may be sent to the family at: www.serenityfhs.com

Our loving wife, mother, grandmother, sister and friend passed away peacefully from this life on October 17, 2015. She was born in Consumers, UT to Fayben Charles and Elvera Chader Olsen. Bonnie married John Howard on December 15, 1967.... View Obituary & Service Information

The family of Bonnie Merlene Olsen Stahle created this Life Tributes page to make it easy to share your memories.