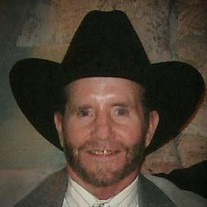 Bradley Dee Bitton, 64, passed away on July 16, 2016, at his home. He was born on May 28, 1952, in Ogden, UT to Dee and Leone Bitton. Brad was quite the handyman and knew how to do and fix pretty much anything including building his own home which he was very proud to have accomplished. Brad worked most of his professional career working as a salesman at R.C. Willey. Brad also started his own business making storage bags for ATV’s where his talents for making things better allowed him to create a product that many consumers found useful. Brad enjoyed various activities including hunting, guns and reloading, cars and sports. Brad’s favorite teams were the Utah Jazz and Denver Broncos where he enthusiastically followed those teams through thick and thin; culminating with the Broncos winning the Super Bowl this last season. Brad’s other interests included snowmobiling, boating, camping, and country music. He spent several summers with his family going boating at Willard Bay and Bear Lake. Anyone that ever visited Brad at his home always heard his country music playing on the radio in his kitchen non-stop. During the last couple years of his life, he spent most of his time with his friend, Angela Robison, and her daughter, Hope. They were a great company and helped him with yard work, housework, grocery shopping, etc. Brad also really enjoyed time with his grandchildren. Brad and Angela would have Easter Egg Hunts at his house for the grandkids and it was a great time for the grandkids to find many eggs filled with candy or money. Brad loved taking the grandkids and Hope fishing at the Fish Farm. Grandpa Brad always knew what would work to tie to the line to get the fish to bite. After a long day of fishing, it was a tradition for all the kids to hop in the back of Brad’s truck and go eat lunch at Wendy’s on the way home. Brad always had a saying or a story that was witty, funny, and memorable. Some of them were, “It’s not the years, but the miles that have been hard on me” or “The lawn doesn’t mow itself” or “Don’t ever get old” and many, many more. He had a quick sense of humor and enjoyed pulling pranks on whoever he could get pulled in. He was actually very good at this! He was loved and will be deeply missed. Brad was married 3 times and later divorced. He is survived by his two sisters, Sharon (Tom) Musgrave, and Deanne Phillips; two sons, Shane and Tyler Bitton; and his daughter, Shannah (Sam) Aleiwe; six grandchildren, Dustin (Amanda) Bitton, Keirston Bitton, Allura Clifford, Cassady King, and Kadin and Jalin Aleiwe; and two great-grandchildren, Rayden and Airrah Lewis. He is preceded in death by his parents, Dee and Leone Bitton; brother-in-law, Michael Phillips; and son, Rusty Bitton. Funeral Services will be held on Saturday, July 23, 2016, at 11:00 a.m. at the West Weber LDS Church located at: 4100 W. 900 S. Ogden, UT 84404 followed by graveside services at the West Weber Cemetery.

Bradley Dee Bitton, 64, passed away on July 16, 2016, at his home. He was born on May 28, 1952, in Ogden, UT to Dee and Leone Bitton. Brad was quite the handyman and knew how to do and fix pretty much anything including building his own home... View Obituary & Service Information

The family of Bradley Dee Bitton created this Life Tributes page to make it easy to share your memories.