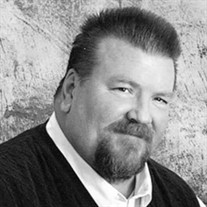 For those friends and family who'd like to attend Brian Barnes' memorial service at 10AM Mountain time, here is the Zoom link and PASSCODE: https://us02web.zoom.us/j/4145650675 Passcode: rain Brian Jeffrey Barnes, 58, passed away on May 8, 2021 in Murry, UT. He was born on October 23, 1962 in Eureka, California to Venton and Lillian Barnes. He married Mari Barnes in Las Vegas, Nevada. Brian was raised in Phoenix, AZ where he attended Trevor G. Browne High School where he was active in weightlifting, football and track and field. He loved being outdoors, riding dirt bikes and being adventurous. Brian graduated from seminary and loved learning about the gospel which led him to have a desire to serve a mission for the Church of Jesus Christ of Latter-Day Saints. He was called to serve in the Paraguay, Asuncion mission in 1982. A big part of his mission was served in the Chaco where he learned Spanish and two native dialects. He served an honorable full-time mission and returned home to Phoenix. Brian loved spending time with his friends and was always playing basketball, softball or racquetball with them. Brian was a funny man full of wit and charm. He loved to make others laugh and smile. Soon he married and had three children, Daniel, Brandi and Bethani Barnes. Fatherhood was Brian’s true calling. He adored children and children adored him. Brian took some college courses where he especially enjoyed his psychology class. Brian also began working construction and worked at night as a bouncer where he met the love of his life Mari Becerra. They were soon married and together they had 4 beautiful children, Brianna, Hanna, Nathan and Jason. Brian advanced in his construction trade and became a lead foreman and was able to travel to many places. In 2005 the family moved to Utah and settled in the city of Midvale. Brian had many callings in the church but especially loved working with the Cub Scouts and the young men. Brian also had a passion for genealogy and loved sharing his findings with his friends and family. In May of 2013 Brian and Mari were sealed together with their children as a family in the Jordan River Temple. Brian’s health had declined through the years due to old work injuries and other health issues and was not able to continue to work. Mari gladly went to work, and Brian became a stay-at-home Dad, a role in which he took much pride in. His children were his greatest life accomplishments and his greatest joy. Prior to his passing he was able to witness his daughter be sealed in the temple, meet his newest grandchild and send his youngest son out on his mission. He might have been a man of few words, but he was full of heart. Brian is survived by his wife, Mari; 7 children- Daniel (Angel), Brandi (Kevin), Bethani (Rafael), Hanna (Aidan), Brianna, Nathan and Jason; His grandchildren: Daniel Jr., Josie, Aiden, Averie, Jacksen, Tatum, Knox, Tynnessee and Adamari. His siblings: Kathryn, Suzanne (Paul), Bryce (Wendy) and Boyce (Masumi) and many nieces and nephews. Preceded in Death by his parents Venton and Lillian Barnes, his sister Karen Malay and brother in law Bill Engemann. Funeral and viewing services will be held at on Friday May 14, 2021. The viewing will be held from 8:30-9:45 with the service starting at 10:00am. A graveside service will immediately follow the service at 11:30 at the Sandy City Cemetery, 700 E. 9000 S., Sandy, Utah.

For those friends and family who'd like to attend Brian Barnes' memorial service at 10AM Mountain time, here is the Zoom link and PASSCODE: https://us02web.zoom.us/j/4145650675 Passcode: rain Brian Jeffrey Barnes, 58, passed away on May 8,... View Obituary & Service Information