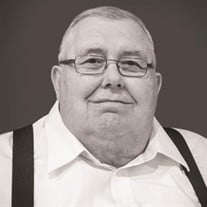 September 24, 1947 – August 28, 2021 Brice John Reeves, 73, of Salt Lake City Utah, passed away peacefully in his home, Saturday, August 28, 2021, after his battle with leukemia. John was born September 24, 1947, in Arkansas City, Kansas, to Patricia Roselind (Gossard) and Claude Hill Reeves. His parents instilled in him a love for God and for country. John served in the United States Army where he earned the rank of Specialist 5 in the 337th Radio Research Company during the Vietnam War from 1966-1970. After serving in Vietnam he was stationed in Hawaii. John was introduced to The Church of Jesus Christ of Latter-day Saints and was baptized in 1970. He has remained an active faithful member throughout his life and has served in various Church callings. After joining the Church, he attended Church College of Hawaii (CCH), now known as BYU-Hawaii. It would be at CCH where his love for the Tongan people, culture and language grew. It was only fitting that a beautiful Tongan woman, Mele Latai Le'aetoa, to be his language tutor. John was married and sealed to Mele in the Laie Hawaii Temple, April 24, 1973. They have six children 'Ofa (Rich) Kaufusi, Havili (Holly) Reeves, John (Mia) Reeves, Robert (Erica) Reeves, Saineha (Siutaka) Hiehiapo, and Anna (Brigham) Au and 18 grandchildren. He is also survived by his older brother Sonny (Nancy) Reeves. John worked as a teacher and Vice Principal at Saineha High School, in Vava'u, Tonga from 1976 to 1979. Saineha High School has always had a special place in his heart. He created the Sione Palangi Maamangia Award to give back to a school that gave so much to him. Education was a central part of John's life. John received his Bachelors of Arts degree, magna cum laude, in Social Services from CCH in 1974. He was awarded a Master of Social Work and a Master of Science in Marriage and Family Therapy in 1985 from BYU-Provo, where he graduated with honors. Following his graduation from BYU, he worked as a psychotherapist and Team Leader for Central Utah Counseling Services, Delta, Utah from 1985 to 2002. In August of 2002, he returned with his sweetheart to where they began, BYU-Hawaii. John worked as the Field Practicum Director and Social Work Professor until he retired in 2012, to Salt Lake City, Utah. He enjoyed working in his garden, doing family history, and spending time with his family. Funeral Services Cannon Stake Center, 934 West Fremont Ave. Salt Lake City, Utah 84104. Viewing Wednesday, September 1, 2021, 6 to 9 p.m. Thursday, September 2, 2021, 9 to 10:30 a.m. Funeral Thursday, September 2, 2021, 11 a.m. to 12 Noon. For those who wish to attend virtually: Join Zoom Meeting https://zoom.us/j/3345083697?pwd=R2l4VFd6NVpKWDJJNXRKTnROekltdz09 Meeting ID: 334 508 3697 Passcode: Mele Burial will be in the Hinckley Cemetery at 3 p.m., 518 West 1750 North, Hinckley, Utah. In lieu of flowers, please make donations to the Sione Palangi Maamangia Award. Make checks payable to Mele Reeves, 1289 North Capistrano Drive, SLC UT 84116 Memo: Sione Palangi Scholarship or Venmo @Anna-Au-1.

The family of Brice John Reeves created this Life Tributes page to make it easy to share your memories.