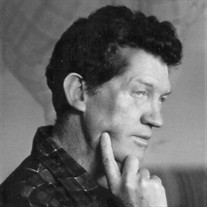 https://www.youtube.com/channel/UC-_ebppGNUPK76SrLxPyofA Brigham Delworth “Del” Gardner Born: September 7th, 1928 Died: February 6th, 2022 Brigham Delworth “Del” Gardner, an accomplished economist and professor, and a fiercely dedicated family man, passed away on February 6th, 2022, at his son’s home in Orem, Utah. His wife Kathryn Christensen (Gardner) preceded him in death, as did his sister Nola Jean Leavitt, brother Harold “Hank” Gardner, and his parents, Brigham Delos and Camera Lorean Gardner. He leaves behind seven children: Brigham E. Gardner, A. Paul Todd, Naunie M. Gardner, G. Peter Todd, Bruce B. Gardner, Jeanmarie Todd, and Phillip A. Todd, 13 grandchildren and 12 great grandchildren. His brother Joel Gardner, sisters LaNiel Reasch, Julia Sarvey, Vivian Jones, and Marjorie Bradshaw survive him. Del was a lifelong member of The Church of Jesus Christ of Latter-day Saints. His faith was central to his core and sustained him through life’s joys and challenges. He served in various LDS callings including Bishop, High Councilor, and as a member of a BYU Stake Presidency. Del was the oldest of eight children. He was born in humble surroundings to Brigham Delos Gardner and Camera Lorean Hepworth (Gardner) on September 7th, 1928, in Grover, Wyoming, a farming town nestled in the pioneer community of Star Valley. Born prematurely, Del weighed just 3 ½ pounds, but had a full head of red hair that befitted his Scottish ancestry. His mother spoke of the homemade incubator that was devised of a shoebox and lightbulb to keep him warm. Despite the challenges of having underdeveloped lungs due to his premature birth, Del thrived, and in the Gardner tradition, went on to become a splendid athlete. He was a distance runner, and a baseball, football and basketball player for his high school alma mater, the Star Valley Cheesemakers. In addition, he received athletic letters from the University of Wyoming in cross country and baseball. Throughout his life he was an avid and accomplished golfer, earning tournament trophies late into life. He took exceptional joy in winning family golf competitions with his “66 cousins”, a close-knit group of first cousins who met regularly. He was a passionate fly fisherman and loved exploring the farmland sloughs of Star Valley and the Snake and Green Rivers to cast a fly with family members and his children. Del’s athletic prowess was rivaled only by his intellectual abilities and achievements, evidenced by the many notable awards and accolades he was given throughout his career. The son of a school principal (father) and teacher (mother), education was of utmost importance in the family. He was student body president of his class. He was also a talented trombonist and had a lovely singing voice. Del earned a scholarship to the University of Wyoming in Laramie. He excelled academically and earned both a Bachelor of Science and Master of Science degree at UW. He was called to serve in the British Mission following WWII, during which time he served in the mission presidency under Stayner Richards. He fondly remembered leading the mission’s proselytizing baseball team, The Seagulls, to victory! Del earned a PhD in agricultural economics at the prestigious University of Chicago. He taught Agricultural Economics for over 40 years at Colorado State, Utah State University as Department Chair, UC Davis and Brigham Young University. He was a past director of the Giannini Foundation of Agricultural Economics, working at the University of California Berkeley campus. He was a past president of the Western Economics Association and a member of several prestigious “think tanks”. He authored numerous books and published