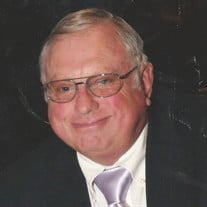 Calvin Anthony Riley On June 17, 2016 our loving Husband, Father and Grandfather completed his mortal mission and returned to our Father in Heaven. Born to Walter Colquet and Marvelle Morgan Riley on January 23, 1943 in Alamosa Colorado. He was the eldest of seven children. Dad was raised in Alamosa Colorado and Clearfield Utah. After graduating from Davis High School, Dad served a two year LDS mission to the Northwest Indians, in Montana and South Dakota. After his mission Dad enlisted into the United States Navy and was trained as a Seebee. He served his country for four years, with two tours in Vietnam. Soon after returning home he met and married his sweat heart Marcene Sue Worley on October 30, 1970 in the Salt Lake Temple. Together they resided in Clearfield and raised five children. To Dad anyone who entered his home became part of the family, which resulted in countless “foster” children. Dad was an active member of the Church of Jesus Christ of Latter Day Saints, serving in many callings and at the time of his passing he was a High Priest. Dad loved Scouting and served as Varsity Coach for the Special Needs Mutual for 13 years. Dad worked at HAFB for 30 years until retiring. But he couldn’t stay idle, he then worked for Davis County School District, Medicine Shoppe, and Island View Pharmacy as a delivery driver. He is survived by his loving wife of 45 years, two sons Chad (Daylene) Riley of Woods Cross, and Cory (Correne) Riley of Farr West. Three daughters Toni Riley, Jacque (Timothy) Strong and Tami (Brian) Farr of Clearfield and 19 Grandchildren. One brother, Kerry (Sharon) Riley of Stanford, Virginia and four sisters, Coralee (Gayle) Rogers of Salt Lake City, Marilyn (James) Liddle of Logan, Lucinda (Ron) Cooper of Clearfield, and Jennifer (William) Couzzo of Gambrills, Maryland. He was preceded in death by his Parents, In Laws, and two brothers, Howard and Michael Riley. The family wishes to express sincere gratitude to VA Hospital, University of Utah LVAD Coordinators, and Cascade Springs Home Health and Hospice for their excellent care of Dad. Funeral services will be held 10:30 AM Thursday, June 23, 2016 at the Clearfield Utah South Stake Center, 2186 S 125 W. Family and Friends may call Wednesday 6-8 PM at the Stake Center and Thursday 9-10 AM at the Stake Center. Interment at the Arimo, Idaho Cemetery at 3 PM.

Calvin Anthony Riley On June 17, 2016 our loving Husband, Father and Grandfather completed his mortal mission and returned to our Father in Heaven. Born to Walter Colquet and Marvelle Morgan Riley on January 23, 1943 in Alamosa Colorado. He... View Obituary & Service Information

The family of Calvin Anthony Riley created this Life Tributes page to make it easy to share your memories.