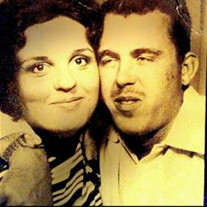 Charles Doulas Hansen, ages 70 yrs, passed away 3 June 2017, Salt Lake City, UT. He was born 4 Feb 1947, in Salina, UT to James A. and May Lyman Hansen. Doug, as he was called, married Thelma D.Schutt, 20 March 1970, in Santa Ana, CA. They are the parents of five daughters. Doug served honorably in the military from 1964-1984. He and Thelma, enjoyed traveling, malls, dining, and each other’s company. They were members of the LDS church. Charles, is survived by, C.M. Hansen, Leahia L. (Rich)McGregor, of Salt Lake City; Melody A. Smith, and Ivy, J. (Rick) Greene of Bremerton, WA; and April J.L. Thompson of Biloxi, MS; and his beloved grandchildren. He was preceded in death by his wife, father, mother, and two brothers, Clifton and Bruce Hansen. A viewing will be held on Monday June 12th, at Camp Williams Chapel at 1:30pm.Funeral Services to follow thereafter. Funeral Services will be held 2:30 p.m. Monday June 12, 2017 at the Utah Veterans Memorial Park Chapel 17111 S. Camp Williams Road, Bluffdale, Utah, with a viewing for family at friend from 1:30 p.m. until 2:20 p.m. Thank you, to all those at Huntsman Cancer Inst. And those at the VA Hospitals for the care and service! Please, help celebrate, and share memories and condolences at www.serentiyfhs.com Thank you.

The family of Charles Douglas Hansen created this Life Tributes page to make it easy to share your memories.