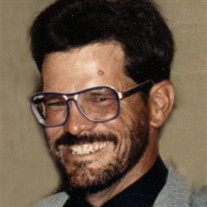 D. Craig Nyborg, 67, passed away on September 17, 2018, at his home in West Valley City. He was born to Darwin and Jeannine Nyborg on August 8, 1951, in Salt Lake City, UT. He married Beverly Sawaya on August 15, 1977. They had one daughter, Jamie Lynn Nyborg (Patten). He subsequently married Mitzi Burbano on August 25, 1989, and they had one daughter, Rachel Sea Nyborg (Gonzalez). He also embraced Mitzi’s six children: Jarom, Lucas, Marciano, Samuel, Alma, and Dariana Burbano. He graduated from Granger High School in 1969. He was a musician, playing bass guitar and harmonica, and sang in several local bands. He worked various jobs and then followed his father’s footsteps into the construction business where he specialized in cement. He eventually co-owned a construction company with his brother, Tony, and was a general contractor, building homes in Tooele. He loved fishing, golfing, and Maverick hotdogs, but his greatest loves were his family, his grandkids, and his dogs. His large physical stature in this world was matched only by his loving, peaceful presence. His family would like to invite anyone touched by Craig to a celebration of his life on Saturday, September 22, 2018, at the LDS chapel at 5000 W Pavant Ave, West Valley City, Utah, 84120. There will be a short service beginning at 10 AM, followed by an open mic, music, and dancing until 12 PM.

The family of D. Craig Nyborg created this Life Tributes page to make it easy to share your memories.