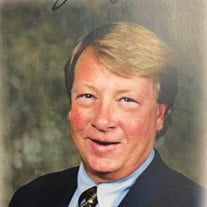 David Greg Finley , 70 years, passed away May 30th, 2020 at his home in Highland, Utah. He was born on April 18th, 1950 in Kansas City, Missouri to Richard Kieth Finley and Claudine Mae Grosshart. He married Kristie Lee Foster on September 15th, 1971 in Logan Utah. We live in a world where legends echo forward from the past. Lore is shared in anecdotes across the years, preserving our collective memory. These tales, like threads, are woven together to form a rich tapestry we can then hold in our minds and hearts and carry into the future as we personally cherish them and dutifully pass them on to future generations. So who was David Greg Finley? What are the threads of his life that we will weave together to capture his being? The child who knew tractor make and model by sound before it came into view along the dusty midwestern roads of his childhood? The child mechanic and engineer who disassembled and then reassembled his bicycle to satisfy his innate curiosity? We’d better make weft of the filament where he was the saxophonist in a jam band, motorcycle driving, charismatic sandy blonde with the personality and wit to seduce and marry a beautiful, intelligent, strong willed Nebraska girl. And the Vietnam Conflict draftee whose remarkable mental capacities landed him a safe job during the war at a desk for Army Intelligence. And also the VW-beetle-modding drag racer collecting trophies from his adventures. And what about the proud owner of a ‘68 Mustang that seemed to always have its hood up in the garage with him tinkering beneath? Layers of this picture have to include the bibliophile consuming novels and classics in mere days while retaining the stories... with a penchant for science fiction and fantasy escapism. And quietly borrowing his kids’ books overnight to complete the adventures before sunrise. A portion of adornment must contain the tale of the master craftsman; the jack of all trades who excelled in wood working and DIY ventures, never hiring professionals because they weren’t needed… Or the stories of the mountain of fishing gear that was in the back of his vehicle at ALL times (except, of course, for when it was being utilized on every stream and reservoir from Yellowstone to St. George). Meanwhile, there’s an immense portion of the picture that’s saturated with the memories of a gaggle of grandchildren dutifully following him around the yard, participating in projects with him, and climbing into his lap, gazing into grandpa Greg’s face with adoration. And the music-loving grandfather bonding with a younger generation by sharing his musical influences and tastes with impressionable young minds. And what of the innumerable records of the troubleshooting automotive technician fielding calls from seven children across the decades and resolving mechanical challenges? Or the weekend warrior who could almost always be found in the yard or house tackling the never ending to-do list that comes with a rich family life? This is Greg. This is the son, brother, uncle, father, grandfather, and great grandfather. This is the mentor, friend and confidant; the scholar, deep thinker, movie lover and foodie. He was all of the above and so much more. He leaves a legacy of love. A legacy of sacrifice. A legacy of duty... The echoes of his life now ripple forward through time, passing through generations of family, carrying on his virtues and essence for as far as memory and love extends. Survived by his wife Kristie, his parents, his brother, his sister, 6 children, 23 grand children and 2.5 great grand children. He is preceded in death by his Father and his first born son Aaron. Service Information: Wednesday June 03, 2020: Viewing at Serenity Funeral Home 6-8pm. Masks will be required, feel free to bring your own, there will also be some provided. 12278 S Lone Peak Parkway, #103 Thursday June 04th, 2020- a viewing will be held at Highland City Cemetery from 10:30-11am. With funeral services beginning at 11am. 6100 W 11000 North, Highland Utah 84003

David Greg Finley , 70 years, passed away May 30th, 2020 at his home in Highland, Utah. He was born on April 18th, 1950 in Kansas City, Missouri to Richard Kieth Finley and Claudine Mae Grosshart. He married Kristie Lee Foster on September... View Obituary & Service Information

The family of David Greg Finley created this Life Tributes page to make it easy to share your memories.