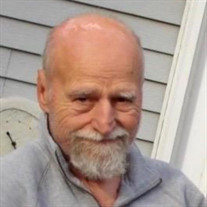 David Lynn Hills, age 78, passed away on April 20, 2020 at his home in Sandy, Utah from health complications. Born in Murray, Utah September 1941 to Fred Thomas and Mary Vivian Hills. He grew up in South Salt Lake and graduated from Granite High School where he played on the football team. Dave was preceded in death by his mother and father, brother Fred Thomas Hills and sister Sherrie. He married Nancy Louise Barben in 1967. From that union a son, Steven Wayne and daughter Jennifer Lynn were born. He married Anita Kern Buck in 2000. Dave is survived by wife, Anita, sister-in-law Judy Hills (wife of deceased brother Fred Hills), brother Richard Eugene (wife, Debrah Shawn), son Steven Wayne, daughter Jennifer Lynn and granddaughter Shelby Lynn. He is also survived by extended family, daughter, Rana Stuberg and partner, Derek Hale, grandchildren Ashley Thomas, Alyssa Archuleta, Allie Stuberg, Eric Stuberg and great grandchildren Oakli Geigle and Beckham Thomas. Dave was an avid sports enthusiast. He played county rec softball for many years. He cherished his experiences on the Green and Colorado rivers as a river guide for 13 years. He loved bowling and golfing with many of his friends, who remember his favorite reply, “back atcha”. Many life long friends were acquired over the years; Dave Roberts, Larry James, Steve Shaw, Kenny Howard, Rex Peet, Tommy Robinson, Don Thorkildson, Craig Curtis, Carol Dennery, Frank Willden, Pam Curtis , Dennis Waters, Brian Anderson, Lois Haraguchi, Henry Haraguchi and many others. Dave had a long career in the paint industry, beginning as an employee for Sherwin-Williams. Dave and fellow employee Chuck Fitch established a new paint business called Color Wheel. In 1982, they partnered with Dave Sagendorf and the Paint West stores in Sandy and West Valley. During his career, Dave developed a sharp eye for many different colors and hues. He was sought after for his expertise in paint and stain matching. Painting contractors and customers looked forward to seeing Dave who always had a friendly smile, outstanding service and a good cup of coffee. The family would like to thank the many healthcare providers who worked so tirelessly to sustain Dave's health and bring comfort during his last year‘s of life. A very special thanks to Lighten Home Health Care and Hospice staff, Miwa his nurse, Pam and Janelle his aides, Katy (chaplain), Amy (social worker) and the many other staff members who cared for Dave. Dave was loved and will be missed by all those who knew him. Dave has chosen to be cremated. A celebration of life by invitation, is yet to be determined.

David Lynn Hills, age 78, passed away on April 20, 2020 at his home in Sandy, Utah from health complications. Born in Murray, Utah September 1941 to Fred Thomas and Mary Vivian Hills. He grew up in South Salt Lake and graduated from Granite... View Obituary & Service Information

The family of David Lynn Hill created this Life Tributes page to make it easy to share your memories.