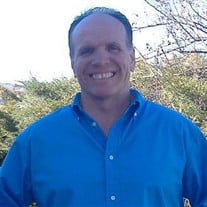 David Michael Richmond, at 61 years of age passed away on November 20th, 2018 in Murray Utah. He died while battling cancer and a blood immune disorder caused by the cancer. He was born on April 13th, 1957 in Salt Lake City, Utah to Raymond and LaRue Richmond. David learned to work hard in his youth by milking the goats everyday with his younger brother Dan whom he adored. As David grew in years, he found value in heeding his father and mother's counsel. He often spoke of how much he respected the advice of his father Raymond. He in turn always gave great advice to his children. He served a two year mission preaching the Gospel of Jesus Christ for the Church of Jesus Christ of Latter Day Saints. He had great admiration for the Apostle Paul and his missionary efforts and he exemplified his life in like manner. He could recite scriptures word for word and was a master at teaching profound truths in his own style. He married in his early 20's and had 3 children who were always the center of his attention. The greatest accomplishment David had was that of the calling of Father. He spent time hunting, camping, pumping iron, and taking his children out on dates. Every Fast Sunday was the best day because he would make his signature Southern Fried Chicken, mashed potatoes and gravy which the family looked forward to. He was an incredible example to his children and to those around him of what a faithful and good man should be. David worked extremely hard his whole life to provide for his family. His work ethic has been passed down to the next generations. David is an honorable man and much loved by all who associated with him. He was the life of every party and his laugh and smile were contagious. In his later years, he could still do the splits on command and had everyone in an uproar. He will be greatly missed by all of us who love him. Survived by his mother Faye LaRue Christiansen Richmond. His three children Anthony (Amanda), Jesse (Cassi) & Rachel. His grandchildren Julia, David, Olivia, Randall, Miriam, Daniel, Titan & Hadley. His siblings Linda (Gene), Laurie (Bill), Bill (Conse), Becky, Dan (Laura), Joey (Lori) & brother in law Todd Wesche. Preceded in death by his beloved father Raymond Richmond, his sister Jackie Wesche, and his grandson Desmond Higbee. Service information LDS Stake Center 1570 W. 11400 South South Jordan, UT 84095 Friday Nov. 23rd 6:00pm - 8:00pm Viewing Saturday 24th Family Viewing 9:00am - 9:45am - Open Viewing 9:45am-10:45 Funeral Services 11:00am-12:00pm Graveside Service at the Salt Lake City Cemetery in the North East corner of the cemetery following the funeral service.

David Michael Richmond, at 61 years of age passed away on November 20th, 2018 in Murray Utah. He died while battling cancer and a blood immune disorder caused by the cancer. He was born on April 13th, 1957 in Salt Lake City, Utah to Raymond... View Obituary & Service Information

The family of David Michael Richmond created this Life Tributes page to make it easy to share your memories.

David Michael Richmond, at 61 years of age passed away on November...