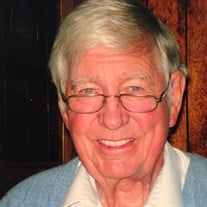 Dee Milton Davis October 24, 1927– March 5, 2017 Dee passed from Time into Eternity on Sunday morning, March 5, 2017. He was born October 24, 1927 in Provo, Utah to Josh and Lileth Davis. He married his sweetheart, Faye Elaine Fechser, on August 6, 1951. In 1945, just weeks after VE Day, Dee began two years of service as a merchant seaman helping to transport needed supplies to wartorn Europe. In 1955, a few years after graduating from Brigham Young University with a degree in accounting, Dee started his own successful family business, which is still in operation today. As an active member of the LDS Church, he loved learning about the gospel of Jesus Christ and latter-day prophets, and read many of their biographies. He served as a counselor in a bishopric, as a scoutmaster in the Boy Scouts of America, and as a home teacher, a nearly lifetime calling that he loved because of the joy it gave him serving individual members. He was also an active member of the East Mill Creek Lion’s Club where, for more than 50 years, he helped to raise funds that financed the swimming pool at the original Olympus High School, supported the blind, and helped organize and operate the annual Easter Egg Hunt and Fourth of July Celebration at Evergreen Park. Dee loved the outdoors. He camped with his family, hunted with his sons and cousins, and fished with whomever would accompany him. Dee is survived by his wife, Elaine (of 65 years) and their children, Tom (Wendy), Kaye (Stan), Larry, and Gayle (Derek); by his brother, Richard Davis; and by 12 grandchildren and 10 great-grandchildren. A viewing will be held Sunday evening, March 12, from 6 to 8 PM at the Garden Heights South Ward Building (2220 East Fisher Ln, Salt Lake City). Funeral services will be held Monday, March 13, at 11:00 AM at the same location. For more information, please visit the Serenity Funeral Home web site: www.serenityfhs.co

The family of Dee Milton Davis created this Life Tributes page to make it easy to share your memories.