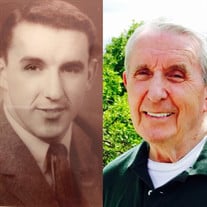 Our beloved father and grandfather, Donald James Brady, 83, passed away peacefully on August 9th, 2018 surrounded by his children. He was born March 3rd, 1935 to Irene and Emery Brady in Midvale Utah. He graduated from Jordan High School and attended the University of Utah where he studied business. He fell in love and married Marilyn Nyal Williams of Salt Lake City, on November 20th, 1959. They were married for 51 years. They are the proud parents of two daughters and one son. Don was a dedicated husband, father, grandfather, and brother-in-law. He loved his family very much and was happiest when surrounded by those he loved. Marilyn and Don’s children were well taught in music, fine arts, education and the Gospel. Don had a strong testimony of the restored gospel of Jesus Christ and loved to study the scriptures and the teachings of modern-day prophets. One of his greatest loves was teaching the youth and primary children in the Church of Jesus Christ of Latter-day Saints for over 60 years. He often reminisced of camping with the youth at Red Fish Lake, Sun Valley, Camp Steiner and more. He is still considered a mentor and friend to many of these young men as they've grown into adulthood. At the age of 15, he started working with his cousin Gene Millerberg as a florist. He continued creating flower arrangements during his college years and decorating the downtown ZCMI Christmas Tree Lane. It was while working at ZCMI flower shop where he first saw Marilyn working at Deseret Book. After a two-year courtship, they were sealed in the Salt Lake Temple by Elder Gordon B. Hinckley and moved to Midvale where they began their life together. Don's professional life included selling cars at Streator Chevrolet with his father, working with land development companies to subdivided properties into residential neighborhoods and then selling the properties to new homeowners. Pepperwood, Stansbury Park, and Timber Lakes in Heber Valley were significant land developments throughout his career. Additional interests included sailing, skiing at Alta, BYU Football, the Utah Jazz, acting in many local productions at Promise Valley Playhouse, Pioneer Memorial Theater, TV commercials, ward Road-shows, remodeling homes and painting with watercolors. Don is survived by his children Kelly Jayne, Patrick (Heidi) and Katie Pahnke (Jeremy) and five grandchildren: Matthew, Catherine, Jackson, Annie, Piper and his sister Maxine Whittle. Proceeded in death by his wife Marilyn Nyal Williams, his parents and sister Donna Jane Brady. We are deeply grateful for his friends and hospice caregivers who gave him the kindest care and respect during his final months. Funeral services will be held on Saturday, August 18th at 12:00 noon in the LDS Yale Ward building, 1431 East Gilmer Drive, Salt Lake City UT. Friends and family may call on Saturday morning at 10:00 AM - 11:30 AM prior to funeral services. Interment will be held at the Salt Lake Cemetery.

Our beloved father and grandfather, Donald James Brady, 83, passed away peacefully on August 9th, 2018 surrounded by his children. He was born March 3rd, 1935 to Irene and Emery Brady in Midvale Utah. He graduated from Jordan High School and... View Obituary & Service Information

The family of Donald James Brady created this Life Tributes page to make it easy to share your memories.