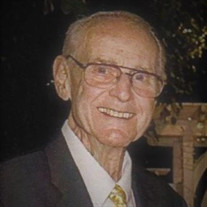 Edmund Drew Lyons Crowley, age 85, passed away on Thursday, 25 June 2020. Because of a severe fall, he chose to go to his daughter and son-in-law’s home in Draper, Utah where he put up a valiant fight to regain his health, but that was not to be. Sincere appreciation is expressed to Jennifer and Bill Maxwell, to Trenaisa Nay, and First Choice for their exceptional and compassionate service during his final days. Drew was born 22 Sept 1934 in Santa Maria, California to Dr. C. Edmund and Edna Lyon Crowley. He arrived thirty minutes before his twin sister May. He is the oldest son and second of six children. His other siblings: Pearlyne, Nellissa, Clay and Claire. In 1935, his father was called as the first branch president in Santa Maria. The branch was so small that many a Sunday, the Crowley parents and children were the program for sacrament meeting. In 1946 the Crowleys moved to Glendale, California where they were very active in the Glendale West Ward. Drew graduated from Glendale High School in 1952 and was presented with the Most Outstanding Student Award and recipient of the American Legion Medallion. He graduated from Brigham Young University in 1958. His professional career was in the insurance business. In 1959 he married Cheryl Evans and they became the parents of four children: Jennifer, Todd, Matthew, and Bryce, who have given him 11 grandchildren and 7 great-grandchildren. In 2000 he married Marjorie Cutchen. All his life, Drew was an active member of The Church of Jesus Christ of Latter-day Saints. He served faithfully in each position to which he was called from pianist to organist, to gospel doctrine teacher, bishop’s counselor, bishop, high councilor, and stake presidency. He served a French Mission 1955-57, and as executive secretary to the area presidency located in Atlanta, Georgia 2002-2003. He served as an ordinance worker in the Salt Lake Temple for 14 years. He delighted in daily studying the gospel and then sharing his newly-learned or better-understood information with others. Throughout his life, he anonymously cared for many in need. His most treasured possession was his testimony of the truthfulness of the Gospel of Jesus Christ. Honoring his ancestors and heritage, he delighted in doing genealogy research on his parents’ lines and getting their temple work completed. In 2007 he had the privilege of walking on ancestral soil in Ireland where his Crowley ancestors originated and in England where his first Slater relatives were baptized into the LDS Church in 1840. There will be no memorial service at this time. Immediate interment was in the Salt Lake City Cemetery. Online guest book: https://www.serenityfhs.com

Edmund Drew Lyons Crowley, age 85, passed away on Thursday, 25 June 2020. Because of a severe fall, he chose to go to his daughter and son-in-law&#8217;s home in Draper, Utah where he put up a valiant fight to regain his health, but that was... View Obituary & Service Information

The family of Drew Crowley created this Life Tributes page to make it easy to share your memories.