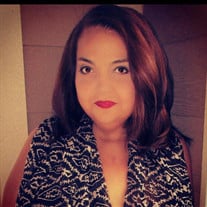 Ely Patmides, 46, peacefully returned home February 9th in Salt Lake City, Utah. She was born August 15th, 1968 in Salt Lake City to Michael And Anna Patmides. Ely was full of life and brought joy and laughter to every person she encountered, her great sense of humor and witty personality were unforgettable. Her early life consisted of establishing herself in a career as a licensed beautician at Vine Street and Expressions In Hair Salon. She later held a position with Continental/United Airlines alongside her sister Jenny, traveling the world and creating the best memories of their lives together. Ely had a beautiful singing voice and a strong love for music. Singing karaoke was one of her favorite past times with her late sister Aleka, when they sang together they brought joy to so many people's lives. She also enjoyed weekend trips to Wendover and looked forward to family get togethers playing competitive games of Scrabble. No matter where life took her, Ely always found time for her family and God, although later in life her health wouldn't allow her to attend church physically or as often as she would have liked, she always showed great faith and gratitude even through the toughest of times. For many years she offered her service to the Greek Orthodox Church volunteering for the Greek Festival with her sisters. Ely had a big heart and was very selfless, She was most proud of her ability to care for her mother Anna in the last years of her life. She dedicated her life to her children and grandchildren, spending all the time she could building memories as the best Yiayia and Mother she could be. Her children's achievements were her prized possessions and wanted nothing more than to see them succeed. She will be greatly missed by many. Survived by her siblings: Pete (Daneen) Patmides, Jenny (Fili) Vakapuna. Her children: Geoffrey (Mia) Patmides, Ana (Tyrone) Taylor, Bria McCloud, her brother Jayden and Shaundra Scott. Her grandchildren: Jackson, Julius, Lucy, Ezequiel, Sione and Tyrone Jr. Ely is also survived by her nieces and nephews whom she loved dearly: Mandi (Eric) Winn, Andrew (Maata-Nau) Simeona, Shannon (Jason) Wormsley, Fili (Elisa-Leslie) Vakapuna, Michael Vakapuna, Alyce Patmides, Athina (Semisi) Kavakava and her great nieces and nephews: Bentley, Destiny, Frank, Luke, Dylan and Fili Preceded in death by her parents Michael and Anna Patmides, sister Aleka DiLauro, and her niece and nephew Ashley and Zachary Patmides. A viewing will be held Thursday February 19, 2015 at the Church Of Jesus Christ Of Latter Day Saints Hunter 9th Ward (6400 West 3500 South West Valley City) 6pm-9pm. A family viewing will take place from 10am-11am on Friday February 20, 2015 at the Hunter 9th Ward and funeral services will be held in the chapel for the public from 11am-12pm. Interment will immediately follow at Mount Olivet Cemetery (1342 East 700 South Salt Lake City, Utah). The Patmides family would like to thank everyone for your continued support and prayers. In lieu of flowers please make all donations to the GoFundMe account that has been set up in her name (see link below) http://www.gofundme.com/m1qt3s

The family of Ely Patmides created this Life Tributes page to make it easy to share your memories.