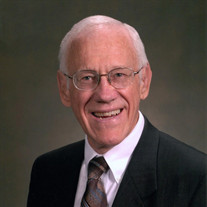 Eugene Merrill Hancock, age 76, passed from this life in Pleasant Grove, Utah after faithfully and valiantly battling cancer for 9 years. Eugene was called to serve in the Spirit World Mission and entered the mission field on Tuesday December 15, 2015. He entered mortality on a cold winter’s night in a log home on February 14, 1939 in Wapello, Idaho (near Blackfoot). His Grandmother Martha A. Richardson Hancock, a midwife, assisted with the delivery. She was assisted by his other grandmother, Lola B. Sharp Poulsen. The doctor arrived at the home after the delivery to check that the delivery went okay. His Grandmother Hancock was trained as a midwife through the Relief Society of the LDS church and was set apart for the service by President Joseph F. Smith then a counselor to President Lorenzo Snow. His parents were Clawson Brott and Margaret Amanda Poulsen Hancock. His early childhood experiences were on his parent’s farm in Wapello. He had one older brother Rulen and two older sisters LaDean and Zelma and a younger sister Verna. Eugene attended the first grade in school in Blackfoot but was able to change to a school near his home in Wapello for the 2nd through the 6th grade. He attended junior high and high school in Blackfoot and graduated from Blackfoot High School in 1957. After high school he attended two years at Ricks College, now BYU Idaho. After Ricks he worked in San Bernardino, California for the summer then returned home to prepare for an LDS mission. He received his call the middle of January in 1960 to the Great Lakes Mission and entered the mission home in Salt Lake City on the 8th of February of that year and served faithfully in that mission for two years. After his mission he was back on the draft list for Uncle Sam’s Service. He joined the Army Reserve where he trained in basic training at Fort Ord California and Camp Roberts California. He served in the Army Reserve for six years. He met his wife, Barbara Jean Anderson, in an experimental foods class at BYU. She stopped him as he was entering the class thinking he was going to a wrong class but found out it was the right class. He was the first male student to graduate from BYU in Foods and Nutrition. They were married in the Idaho Falls, Idaho Temple on May 29, 1965. Their daughter Susan was born a month after they both graduated from BYU in 1966. After graduation from BYU he interned in Administrative Dietetics at Oklahoma State University and qualified to be an Administrative Dietitian. After interning he worked two years at the University of New Mexico in their food service. Their son Doug was born while they lived in Albuquerque. They moved back to Provo in July 1969 and he started his employment with the BYU Food Services. He became a Registered Dietician a short time after starting work at BYU. While at BYU he worked at the Cannon Center Cafeteria, the Morris Center Cafeteria and the Missionary Training Center. Four more daughters were born while at BYU, Jeanie, Rebecca, Amanda and Rachel. He retired in 2001 after working 32 years at BYU. He had several church callings including that of Elder’s Quorum President, Seventy’s Quorum President, High Priest Group Leader, and Assistant High Priest Group Leader. He loved family history and was able to clear many family names for temple work. He worked at the Lindon Shared Stakes Family History Center for several years and really enjoyed his service there as a consultant. He loved to research and compile family histories and share them with family members. He loved his wife, children and fifteen grandchildren very much. He is survived by his wife Barbara, and children Susan (Chris) Keller, Lehi, Utah; Douglas (Alisa) Hancock, Grapevine, Texas; Jeanie (Tom) Papiernik, Logan, Utah; Becky (Neal) Hubbard, Albuquerque, New Mexico; Mandy (Bryan) Boren, Orem, Utah; Rachel Hancock, Bountiful, Utah. His grandchildren Justin, Jeremy, Jessica, Zach, Braden, Jenna, Tyler, Tori, Ruth, Andrew, Spencer, Caleb, Grace, George, and Garrett. His siblings Rulen Hancock, Richland, Washington; Zelma (Eugene) DeGiulio, Moreland, Idaho; LaDean Gardner, Idaho Falls, Idaho; and Verna Trappett, Smithfield, Utah and many other extended family members. Funeral services will be held Tuesday December 22, 2015 in the Windsor 2nd Ward at 11am. There will be a viewing the evening before, Monday December 21, from 6-8pm and also from 9:30 – 10:30am Tuesday prior to the funeral. Address for the church is 60 East 1600 North Orem, Utah. Interment in the Orem City Cemetery. The family would like to give a special thank you to the many tender caregivers in his final days, especially those at Alpine Valley Care Center and the UVRMC 7th floor Medical Oncology Unit.

Eugene Merrill Hancock, age 76, passed from this life in Pleasant Grove, Utah after faithfully and valiantly battling cancer for 9 years. Eugene was called to serve in the Spirit World Mission and entered the mission field on Tuesday December... View Obituary & Service Information

The family of Eugene Merrill Hancock created this Life Tributes page to make it easy to share your memories.

Eugene Merrill Hancock, age 76, passed from this life in Pleasant...