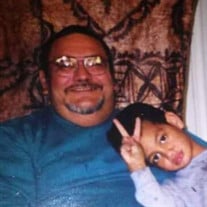 Eugene Donald Reid, 62 passed away on December 16, 2016 in Sandy, Utah surrounded by his loved ones. He was born June 22, 1954 in Fagatogo, American Samoa to Cecil Fonoti Reid and Jane Cecilia Godinet Reid. He married the love of his life Meri Tineiupu Reid on September 16, 1987 in Western Samoa. Eugene and Meri were sealed for all eternity with their five children in the San Diego Temple. Eugene is survived by his lovely wife Meri Tineiupu Reid, 10 beautiful children, 28 grandchildren, 2 brothers and 2 sisters all whom loved him dearly. Dad was known for his humble spirit, beautiful smile and never ending jokes that kept the people around him laughing for days. Anyone who met Dad felt his genuine love, he was a kind, loving and passionate man to his family, friends and everything he loved. His illness never stopped him from making constant sacrifices for his family. No matter how much physical pain he felt in his body, he was never one to show it. He had a strong testimony in the Church of Jesus Christ of Latter Day Saints. He used his testimony to raise and encourage his children to stay close to our Heavenly Father. He always use to say "Be happy, be close to Heavenly Father, choose the right and listen to the Holy Ghost at all times". His humbleness kept us grounded, steadfast and a reminder to always LOVE. Eugene is preceded in Death by his father Cecil Fonoti Reid, his mother Jane Cecilia Godinet Reid, and his son Cecil Walter Reid, Edward Ronnie Laussen (Brother), John Walter Laussen (Brother), Peter B (Gus) Laussen (Brother), Emma Laussen and Agnes Laussen (Sisters), Isabella Laussen (Sister),Patrick Fonoti Reid (Brother) and all his loved ones who have gone before him. Services are under the direction of Peni Malohifo'ou of Serenity Funeral Home Services are as follows: Viewing: Friday December 30th 2016 from 5pm - 10pm and, Saturday December 31st from 8am - 930am, located at the the Falcon Crest Ward 9119 S 1300 E Sandy, UT. His service will Follow at 10am. Following the services he will be laid to rest at th Crescent Cemetery 11170 S State Street Sandy, UT Our family would like to thank all the doctors and nurses who had the opportunity to meet and care for our father through out his illness. Also, we would like to give thanks to our Heavenly Father for giving us the chance to spend more time with our father before he was called back home. WE LOVE AND MISS YOU SUPERMAN FOREVER.

Eugene Donald Reid, 62 passed away on December 16, 2016 in Sandy, Utah surrounded by his loved ones. He was born June 22, 1954 in Fagatogo, American Samoa to Cecil Fonoti Reid and Jane Cecilia Godinet Reid. He married the love of his life... View Obituary & Service Information

The family of Eugene Donald Reid created this Life Tributes page to make it easy to share your memories.