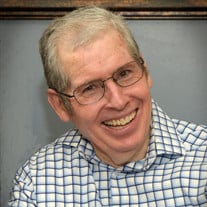 Franklin Cameron Childs, age 58, passed away peacefully on his 34th wedding anniversary, April 19, 2019, in his home, surrounded by his family. He was born August 21, 1960 in Salt Lake City, Utah to Frank and Jennie Childs. He married the love of his life, Teri Hardy, in Boise, Idaho on April 19, 1985. Frank grew up in Houston, Texas. He attended Brigham Young University and graduated with a degree in physics. He was willing to take risks, including learning to skydive with his work buddies and starting his own IT business. He ran the business for 14 years before retiring. He was a man of impeccable integrity, and cared more about people than profits. He was a die-hard BYU sports fan and proudly wore his BYU paraphernalia whenever he could. He served a mission for the Church of Jesus Christ of Latter-Day Saints in Zurich, Switzerland. He continued to serve his church his entire life. One of his favorite callings was as the ward mission leader. He was always a missionary, and wasn’t afraid to open his mouth and share the gospel with anyone who would listen. He also cherished the time he served in the temple as an ordinance worker. Frank is survived by his wife, Teri, his mother, Jennie Childs, his children Heidi Goodyear (Derek), Holli Mills (Adam) and Ryan Childs, grandchildren Jack, Lily, Violet and Penelope, and siblings Russell (Roberta), Eileen Collette (David), James (Mar), Spencer (Lisia) and Monique Powers (Paxton). He is preceded in death by his father, Franklin Mallory Childs. There will be a viewing Thursday, April 25th from 6:00-8:30pm, then again Friday morning, April 26th from 9:00-10:30am. The funeral will follow at 11:00am. All events will be held at the Yorkshire Chapel, 10115 S. Yorkshire Drive, South Jordan, UT.

Franklin Cameron Childs, age 58, passed away peacefully on his 34th wedding anniversary, April 19, 2019, in his home, surrounded by his family. He was born August 21, 1960 in Salt Lake City, Utah to Frank and Jennie Childs. He married the... View Obituary & Service Information

The family of Franklin Cameron Childs created this Life Tributes page to make it easy to share your memories.

Franklin Cameron Childs, age 58, passed away peacefully on his...