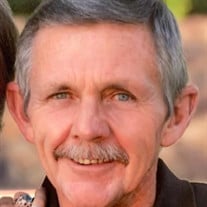 Gary Lynn Booth 1944-2021 Gary Lynn Booth age 77, passed away peacefully on Sunday, December 12, 2021 in American Fork, Utah from a battle with a long term illness. He was born June 4, 1944, in Vallejo, California to Albert and Vesta (Dixon) Booth. His family moved to Orem, Utah when Gary was young and he spent the majority of his life in Utah County. Growing up Gary loved being outdoors with his brother and their friends. He loved camping and hunting but most of all fishing. He was a skilled fly fisherman and the love of fishing continued into adulthood. He was a graduate of Orem High School went on to be an entrepreneur. Gary met the love of his life, Carrie Hendricksen, through mutual friends and they married August 8, 1978. He and Carrie had a wonderful blended family with children from previous marriages and children of their own. Gary loved spending time with his family, it was his greatest joy. He had a gentleman’s soul and a huge heart, he was so kind and selfless. He made everyone feel welcome and would be the first to help those in need. He will be remembered for his generosity and kindness. Gary was a natural in business world. He owned several successful businesses, Modern Shoe, Coral Sea Pet Store in the University Mall and Kirby Company of Orem. The love of sales and working with people made him a standout in the Kirby Company and he worked for them for 44 years. He had tremendous work ethic and was Kirby’s top salesmen for several years and won multiple awards for being the best. Kirby awarded him with luxurious paid vacations that he loved to share with Carrie. They loved to travel together and with their family. He lived life to the fullest until his health started to decline. He loved animals, of all kinds, and as the owner of a pet shop, often brought them home to share with his family. They had the usual household pets, but they also had exotic animals like monkeys, kinkajous, ferrets, hedge hogs, rare birds, lizards, snakes, and spiders. Gary built an amazing waterfall and fishpond in their backyard and had the most beautiful collection of Koi fish. After retirement, Gary found the love of a good treasure hunt. He would scour antique stores, yard sales and thrift markets for the “golden egg”. He found collectables that were worth hundreds of dollars. He kept some for his own collections, metal toy banks were his favorite, but he would sell most them to people all over the country to complete their collections. Gary knew that Carrie and his family were his greatest treasures of all. Gary is survived by his wife Carrie; his children, Warren, Dave, Gary Lee, Kim and Brandilyn; his 15 grandchildren, one great grandchild and many nieces and nephews. He is preceded in death by his parents and his brother, Gordon. We are honoring his wishes and not having a formal funeral. A Celebration of Life will happen this summer.

The family of Gary Lynn Booth created this Life Tributes page to make it easy to share your memories.