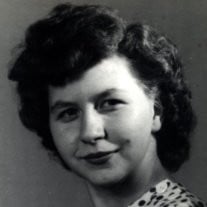 Georgie Carol Rixey, 86, longtime Park City resident and business owner, died unexpectedly on May 27, 2013. Known to friends and family as Carol, she was born in Texas to Jewel and George Ward. She was married to William Wellington Rixey (Bill) for 63 years until his death in 2010. Carol and Bill first moved to Park City in 1963 where they began purchasing and refurbishing historic Park City homes. They began with what was then known as the Hurley House, now known as Angel Hotel Inn, which stands on the hillside where the town chair lift is now located. In the intervening years, they purchased the Map House, the Townson House, the Gardner Building, the China Dragon (now the Alaskan House), and the Star Hotel After purchasing The Star, they ran a profitable hotel business. Bill would pick up groups of skiers from the airport and Carol would make beds, cook meals, and take care of business at the hotel. As Salt Lake was a hub for Western Airlines, many flights crews would come to the Star to enjoy Carol’s hospitality and home cooked meals. The business evolved into a bed and breakfast, which Carol ran as the sole proprietor. It is completely booked during the Sundance Film Festival and during the winter months. As a testament to her many guests throughout the years, their pictures are displayed on the walls of The Star along with coffee mugs with visitors’ names on them. Along with running the bed and breakfast, throughout the years, Carol has also worked at MT. Air Café as a cook, long before it became Squatters, cooked at the Eating Establishment, and has volunteered at the polls during election times for more than 30 years. She has been a fixture on Main Street for more than 45 years, living, working, loving, and feeding generations of Park City families and guests. Carol was preceded in death by her husband Bill and her grandson Rocky. She is survived by three children, sons Walter and wife Janet, William and wife Cathy, and daughter Regie Lee Rixey-Oman and husband Scott; six grandchildren, Cheryl Rixey, Tonya Rixey-Morris, William Rixey, Amber Rixey-Nealy, Brandon Roberts, and Christi Roberts, and eight great grandchildren, Taylor Christensen, Hunter Casper, Sadie Casper, Ethan Morris, Madeline Morris, Grace Morris, Tyson Roberts, and Olivia Roberts. A memorial service will be held at the Star Hotel at 277 Main Street in park City on June 8, 2013 from 2-4 PM. Condolences may be sent to http://www.serenicarefuneralhome.com.

Georgie Carol Rixey, 86, longtime Park City resident and business owner, died unexpectedly on May 27, 2013. Known to friends and family as Carol, she was born in Texas to Jewel and George Ward. She was married to William Wellington Rixey (Bill)... View Obituary & Service Information

The family of Mrs Georgie Carol Rixey created this Life Tributes page to make it easy to share your memories.