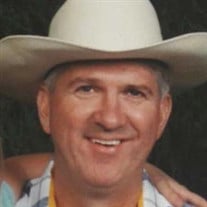 Our dear husband, father, brother, uncle, grandfather, and great-grandfather, Harry Ernest McCoy II, passed away peacefully on July 27, 2018, one month after his 80th birthday. Harry was born on June 27, 1938, in Parkersburg, West Virginia, to Harry Ernest and Bonnadine Overton McCoy. He was the eldest of seven siblings. Harry joined the Air Force right out of high school, doing his basic training at Lackland Air Force Base in Texas, then being stationed briefly at Scott Air Force Base in Illinois, then at Elmendorf Air Force Base in Anchorage, Alaska. He was in the Air Force band, playing bassoon, clarinet, and string bass, just not at the same time. Harry would remain in the Air Force ROTC for many years. While in Alaska, a fellow band member, Paul Heimdal, invited him to attend the Church of Jesus Christ of Latter-Day Saints with him. Harry joined the church in April of 1958. From January 1960, to July 1962, Harry served an LDS mission to Helsinki, Finland. Harry came to Salt Lake City in 1963 and eventually decided to attend law school at the University of Utah. While here, he worked for Litton Industries and joined a dance band which played local parties and events. During one of these outings, in late-August, 1964, he met the former Helen Westenskow of Gunnison. They were married a year later, August 28, 1965. Harry and Helen have eight children: Chris Whitaker, Jon, Carrie (David) White, Cathy (Fili) Soakai, Tim (Candi), Sallie Paraskeva, Boubacar Barry (Vania), and Mandy (Ryan) Daley. Along with Helen, Harry was also a foster parent to 145 babies with the Salt Lake County Shelter Program. Harry graduated law school in 1970 and worked for many law firms in Salt Lake and elsewhere through the years, most of the time as a real estate attorney, specializing in resort development. In 1973, Harry took a job as an in-house attorney with Lakeway Resort in Austin, Texas. He (and his family) were there until 1976, when they returned to Utah. His first job after returning from Texas was with Vernon Romney’s Attorney General’s office, where he had helped establish OSHA a few years earlier. He next worked for Keith Romney Associates, where he was one of the pioneers in developing timeshares. He later worked with Fox, Edwards, Gardiner & Brown, then his own firm of Edwards, McCoy & Kennedy, and finally with Jones, Waldo, Holbrook & McDonough, and Ballard, Spahr, Andrews & Ingersoll. Throughout the years, Harry was involved with many professional organizations, most notably the American Resort Development Association (ARDA), where he served on the Board of Directors. Harry had many leadership opportunities in the Church of Jesus Christ of Latter-Day Saints, which, after his family, was his greatest joy. He served as a high councilor, branch president (while on a mission to Toronto Canada in 2003-05 with Helen), bishop of a University of Utah single’s ward, and stake patriarch. His favorite job, though, was as Gospel Doctrine teacher, which he taught in nearly every ward he lived in. He brought many people an understanding of the gospel through the Spirit. After returning from Texas, Harry and Helen settled in Holladay, first in the Olympus area, then the heart of Holladay. After 17 years, in 1993, they moved to South Jordan where they lived for 22 years. His last few years were spent in a condo in West Jordan (something he said he would never do after developing them)! Harry was an avid reader, especially about the Gospel of Jesus Christ and history. He knew everything about the Civil War, which two grandfathers fought in, and what he didn’t know he would make up! One of his great loves was singing in barbershop quartets and choruses. He was the president and master of ceremonies for the Saltaires Show Chorus, which gave him another opportunity to showcase his talent for public speaking. Harry is survived by his wife, Helen, his eight children, his brother, Paul, sisters, Sue and Ann, 22 grandchildren, and three great-grandchildren. He is preceded in death by his parents and three siblings, Tom, Mary Fox, and Mike. Harry had a great love and understanding of people of all cultures, ethnicities, and backgrounds. He was truly a friend to all. Funeral services will be Wednesday, August 1, at 11:00 am, Country Park Stake Center, 2447 W. 11400 S., South Jordan, with viewings the previous night from 6-8 pm and an hour before the services. The family wishes to thank Dr. Meg Skibitsky and all the nurses, aides, and doctors at Intermountain Medical Center, Riverton Hospital, Rocky Mountain Care in Riverton, Cascade Springs at Riverwood, and Mt. Olympus Care Center. A special thanks to the wonderful people at Encompass Hospice.

The family of Harry Ernest McCoy II created this Life Tributes page to make it easy to share your memories.