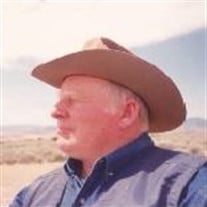 In his own words: I, Jack A. Nelson, leaped over the Great Divide on Friday, August 14, 2015 nine days after celebrating my 85th birthday. After hugging my loved ones and checking in I grabbed my cousins and my fly rod and hiked to the nearest trout stream (catch and release only). Patrice, my wife of nearly 48 years, will fill in the rest, hopefully noting my love of Our Heavenly Father, my Savior, my family and my many hunting and fishing buddies. Jack was born in Artesia, California on August 5, 1930 to Adolph Nils and Ruth Jack Nelson. Graduating from Fullerton Junior College he continued his education at Brigham Young University—B.A. in Journalism 1956, University of Utah—M.A. in English 1964, and the University of Missouri—Ph.D. 1971. He applied this knowledge throughout his life through careers on the city desk of the Deseret News, professorships at Humboldt State University in California, the University of Utah and for more than twenty years in the Communications department at Brigham Young University where he mentored budding writers and journalists, always keeping an interest in their accomplishments by maintaining both professional and personal associations with many of them. While teaching magazine article writing he made sure he kept an active hand in the business. As the Utah editor for Western Outdoors magazine he spent many weekends and summers donning his hunting or fishing gear , heading out to “find a story”, and meeting many fine fish and potential venison. Jack served in the Spanish American Mission for the LDS Church, the first to do so from a wheelchair. He never lost his love for his Spanish-speaking hermanos y hermanas nor his ability to use their language. He often found himself even thinking in Spanish to the point of once baptizing his daughter using Spanish instead of English. His devotion to his Heavenly Father caused him to serve his church willingly in any capacity, teaching youth or adults, serving on Stake High Councils, and as Bishop in the Rivergrove 3rd Ward. . Too many are the adventures and accomplishments in the field of international travel, participation in Wheelchair sporting events (Utah Rimriders Basketball, Tennis trophies, etc.) and research for books and articles. Family connections were his most important source of self. Named for his mother’s maiden name, he embraced his Jack family heritage attending family reunions in the mountains of southern Colorado every two years. His cousins were his brothers, his aunts and uncles like his own parents. His children were the delight of his life and his proudest accomplishment. His unconditional love gave them a soft place to land. Jack was first and foremost a writer and novelist. He produced and created numerous stories, beginning with a real historical event then weaving a tale around it. Seven published books and numerous articles are authored by him. He had just completed his final piece of fiction, co-written with a former student and friend. Jack is survived by his wife, Patrice, his three children, Willow Griffith, Laska Anderson, Jedediah Nelson, his sister, Betty Fern Marcroft and three grandchildren, Mercedez Anderson, Cash and Jesse Griffith. And at least 300 or more relatives who know and love him. Funeral services will be held Monday, August 24, 2015, 11:00 a.m. at the LDS Edgemont Stake Center, 303 West 3700 North, Provo, Utah. Reception from 9:30-10:30 a.m. there also. Interment following at East Lawn Memorial. In lieu of flowers please enjoy reading one of Jack’s books—fiction lovers try To Die In Kanab; non-fiction readers try Flashes In The Night; intellectuals go for The Disabled, the Media, and the Information Age.

In his own words: I, Jack A. Nelson, leaped over the Great Divide on Friday, August 14, 2015 nine days after celebrating my 85th birthday. After hugging my loved ones and checking in I grabbed my cousins and my fly rod and hiked to the... View Obituary & Service Information

The family of Jack A Nelson created this Life Tributes page to make it easy to share your memories.

In his own words: I, Jack A. Nelson, leaped over the Great Divide...