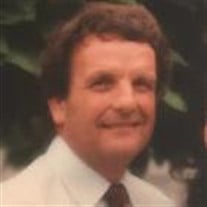 James Paul Foreman (Paul), 75, of Salt Lake City, Utah passed away Wednesday, November 21, 2018, at Murray Hospital. He was born Thursday, September 30, 1943 in Phoenix, Arizona. A son of the late Lloyd Vearl Foreman (Tom), and the late Delight Fedora Evans. Paul’s life was strongly driven by a desire to find a religion he could believe in. He attended St. Anthony’s Catholic Seminary in Santa Barbara, California in 1957 when he was just 13 years old. He graduated from Phoenix Union High School through correspondence in 1960. Soon after he joined the United States Navy and served on both the U.S.S. Brister (1963) and the U.S.S. Cogswell (1964) during the Vietnam War. After his years in the Navy he set off to Dayton, Ohio to attend the Catholic University of Dayton in 1965, where he studied law and graduated with a Bachelor Degree in Political Science. In 1977 he moved to Monticello, Utah to live with his brother and father. This is where he met the LDS missionaries and was baptized into the LDS church. He also ran for San Juan County Commissioner in 1986. He loved art and painting. He painted many signs for San Juan County and surrounding businesses during this time. He also later worked on the interior painting of the new Nauvoo Temple, which he was very proud of. In 1991 he met the love of his life, Tulaire Ressie Daddow, after he moved to Salt Lake City, Utah. They were married for time and all eternity in the Salt Lake Temple in May of 1992. They were happily married for 26 years until they both passed within a day of each other. He loved his family, and the Gospel of Jesus Christ with all of his heart. He also spent many years researching his Cherokee heritage and helping others do the same. He served his country and religion well. His family will miss him, but we are very happy he is with his sweetheart in heaven. He is survived by his son Steven Ritts of Phoenix, Arizona, daughter Paulette Foreman (Jaime) of Orem, Utah, and daughter Teresa Lambrose of Salt Lake City, Utah, and 8 grandchildren. Combined services for the couple will be held at the LDS Church on 1155 N. 1200 W. Salt Lake City, Utah on Friday, December 7, 2018 at 10:00AM. Graveside service will follow at 11:30AM at the Camp Williams Cemetery in Bluffdale, Utah.

The family of James Paul Foreman created this Life Tributes page to make it easy to share your memories.