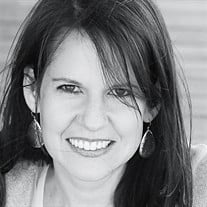 Janel Lynn Ludlow, 43, passed away on May 27, 2017 at her home in Cypress, Texas, in the arms of her beloved husband, Alexander M Ludlow, Jr., and surrounded by close family members. She is survived by her husband; her son, Alexander M Ludlow III; her daughters, Emma Ryann Ludlow, Sydney Kathryn Ludlow, and Sophie Maelle Ludlow; her parents, Richard Anderson Lamb and Candace Ann Lamb of Lapoint, Utah; her brothers, Brynnen Richard Lamb of Lapoint, Utah, Glendon Jack Lamb (Sarah) of Vernal, Utah, Aaron Michael Lamb (Julia) of Vernal, Utah, Mitchell Quinn Lamb (Jamie) of Roosevelt, Utah, and Russell Dean Lamb (Julie) of Whiterocks, Utah; her sister BreeAnn Keddy (Phillip) of Vernal, Utah; her grandfather, Jack LeRoy Russell of Phoenix, Arizona; and 27 nieces and nephews. Janel was preceded in death by her maternal grandmother, Alene Elsie Russell and her paternal grandparents, Glendon Osmer Lamb and Thelma Lamb. Janel was born July 11, 1973 in Provo, Utah. Her family moved to Lapoint, Utah when she was a teenager and she attended and graduated from Uintah High School in Vernal, Utah. Janel excelled in her academic studies and was elected to the National Honor Society. She also was an active member of the award-winning Uintah Flag Twirling Team, serving as president of the team her senior year. Janel commenced her post-secondary studies at Brigham Young University (BYU) in Provo, Utah in September 1991. In August 1994, Janel began serving a mission for the Church of Jesus Christ of Latter-day Saints in the Rostov-na-Donu, Russia area, where she first met Alex. After several months in Russia, she fell ill and was forced to return to the United States for medical treatment. Janel completed her missionary service in the Oakland, California mission, where she was instrumental in opening the church’s Russian-speaking missionary operations in that area. Following the completion of her mission, Janel returned to her studies at BYU, where she renewed her acquaintance with Alex. Janel and Alex were married in the Mt. Timpanogos Temple in American Fork, Utah on May 16, 1997. Following their marriage Janel worked at the Center for High School Studies in Provo, Utah as an administrator and part-time teacher to support her growing family while Alex attended graduate school at BYU. In December 2001, Janel graduated from BYU with a Bachelor of Arts in History Teaching. Following Alex’s graduation in 2004, the family moved to Texas, where Janel was able to focus her energies on raising her four children. Janel’s greatest joys were found in the times that she spent with her children. Janel also continued to be an ardent supporter of BYU and was a long-time member of the Cougar Club. Over the course of her life Janel served in a variety of capacities within the Church of Jesus Christ of Latter-day Saints, including teaching and leadership roles in her local Primary and Young Woman auxiliaries. A popular teacher, Janel enjoyed the company of children and was universally beloved by them. Janel’s influence was felt by all that knew her. She will be remembered for touching many lives with her love, compassion and countless, selfless acts of service. Memorial Services were held in Janel’s honor at 11:00 am on Saturday, June 3 at the LDS Meetinghouse located at 12310 New Hampton Dr., Tomball, Texas 77377. Janel will be interred at the Provo City Cemetery at 610 South State St., Provo, Utah 84606. A graveside service will be held at 11:00 am on Saturday, June 10. In lieu of flowers, Janel’s family is requesting that donations be made in her honor to the Blue Door Sponsorship (www.bluedoorsponsorship.com), a charity that she enthusiastically supported.

Janel Lynn Ludlow, 43, passed away on May 27, 2017 at her home in Cypress, Texas, in the arms of her beloved husband, Alexander M Ludlow, Jr., and surrounded by close family members. She is survived by her husband; her son, Alexander M Ludlow... View Obituary & Service Information

The family of Janel Lynn Ludlow created this Life Tributes page to make it easy to share your memories.