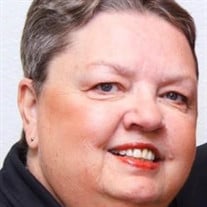 Janet Yvonne Heard Porter departed from this life on Sunday, February 21, 2021, in Salt Lake City, Utah. She was a resident of Springville, Utah. Jan was born on July 25, 1949, in Washington, Franklin County, Missouri, to Jarold Wayne Heard and Velma Jean Moeckli Heard. She married her eternal sweetheart, William Edward Porter, on October 5, 1967, in the Oakland, California, LDS Temple. Jan lived her early years in Jefferson City, Missouri, where she split her time between her parents’ home, and the home of her Aunt Ruby and Uncle Dee. She was very active in her youth, and participated in school choir, musicals, and was a Jayette (Cheer). She was part of the Masonic Order of the Rainbows program, where she was a Worthy Advisor for the International Order of the Rainbows. It is the highest rank for the organization. She graduated from Jefferson City High School in 1967, and very soon after moved to Salinas, California, to marry the love of her life. Jan also lived in Mountain View CA, San Jose CA, and Gilroy CA, as well as Orem UT, Lindon UT, and Springville UT. She worked as a telephone operator during the early years of marriage, and chose to be at home when she started having children. Over the years Jan worked several jobs that wouldn’t take too much time away from her kids. She was a bookkeeper for Payless Drug Stores, and enjoyed making and selling crafts and treats, like jalapeno jelly, at craft fairs. She kept busy as Room Mother, PTA President, as well as keeping up with all the activities for her six children. She would sew costumes, attend sporting events, ballet recitals, school choir concerts, clogging competitions, cheer competitions, and community theater shows, just to name a few. When her kids were older, Jan worked at the Harold B. Lee Library at Brigham Young University, in the Cataloging department. Jan always had a love of learning, and a desire to gain a higher education. In 1988 she enrolled at Brigham Young University. It has been said that when she walked in on the first day of class, everyone would groan and think…there goes the curve. Anything less than an “A” was unacceptable in her opinion. She graduated, within five years, with her Bachelors and Master’s Degrees in Genealogy, History, and Library Science. A member of the Church of Jesus Christ of Latter Day Saints, she served in many callings including Primary Chorister, Activity Days Leader, Primary President, Ward Music Chairman, Organist, Choir Director, and Stake Primary Board. She was also a “Ma” on a Pioneer Trek with the youth of the Ward. Jan supported her husband Ed in his callings as well, and he referred to her as his confidant and scribe. Jan had a contagious smile and great sense of humor. She was known for being direct and loving you through it. Jan was a good listener and friend. She loved her lunch dates, and also spent many late nights in her robe and slippers in the parking lot of 7-11 with her friends drinking a Big Gulp and catching up. She always had a craft project ready when her girls or grandkids came to visit. She was passionate about researching her family genealogy and sharing the information and stories she uncovered. Jan always had a trip planned, and her favorite destination was Maui, Hawaii. Her family will honor her wishes to spread her ashes on that beautiful island. Jan is the mother of six children: Craig Alan (Laura) Porter of Las Vegas NV, Jeffrey Scott (Amber) Porter of Le Claire IA, Holly (Martin) Garcia of Rio Rancho NM, Katie (Adam) Leonard of Payson UT, Brooke Porter of Washington UT, and Maryn (Jared) Hunter of Springville UT. Jan was preceded in death by her parents Jarold Wayne Heard and Velma Jean Moeckli Heard, as well as Waller Scott (Dee) Maupin and Ruby Heard Maupin Anderson; Parents-in-Law William Earl Porter and Mary Lucille Treanor Porter; her Brother Jimmy Allen Heard; Brothers-in-Law Ronald Lee Mobley, Rodney Leroy Burton, and Donald Gene Porter; Son-in-Law Joseph Ryan Barlow; and Grandson Tyler James Porter. She is survived by her husband and children, as well as four sisters: Joyce Elaine Mobley, Judy Ann Burton, Jeannie Yvette (Clifford) Helzer, and Joetta Sue (David) Clague; and one brother: Jerry Lee (Joan) Heard. Jan also leaves behind 19 grandchildren and 8 great grandchildren, whom she loved and adored. A memorial service will be held Saturday, February 27, 2021, at 11 a.m., located at the Church of Jesus Christ of Latter Day Saints, 1627 W 1200 S, Springville, Utah. The family will be available directly following the service for those wishing to offer condolences. Due to COVID restrictions, the number in attendance will be kept to 150 people. Anyone wishing to attend will be required to wear a mask and practice social distancing requirements. For those wishing to watch the service via the internet, please utilize the following link: https://www.youtube.com/watch?v=BV4hLOryMhs The tremendous outpouring of love and generosity to Jan’s family has been greatly appreciated. Thank you!

The family of Janet Yvonne Heard Porter created this Life Tributes page to make it easy to share your memories.

Janet Yvonne Heard Porter departed from this life on Sunday,...