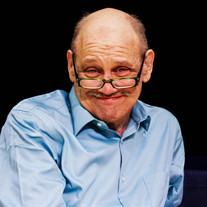 Jay Spencer Keys 8/27/54- 10/31/17 Jay Spencer Keys, 63, passed away peacefully at home in Cottonwood Heights on October 31, 2017, his final Halloween prank to his family and friends. He was born August 27, 1954, in New Jersey to Joe and Norma Keys. He married the love of his life Jody Robertson Keys. They were married in the Salt Lake LDS Temple, on April 9, 1976. They had nine children. He served an LDS mission to Ecuador. Jay graduated from the University of Utah, with a degree in Elementary Education. He later received an Accounting Degree from Weber State University. He worked for the Federal Government for almost 29 years, until he retired from the Social Security Administration in 2013. Jay was an avid reader and never left home without a book in his pocket. He had a quirky sense of humor, often telling strange jokes. He enjoyed teaching, especially the Gospel Doctrine Classes at church. He is survived by his wife Jody, and their nine children: Jere Keys (Obi), Jessica Hooper (Robert), Jayne Watson (Brian), Jacki Bohannon (Patrick), Joanna Sumsion (Kevin), Jeanne Herbert (Travis), Jordan Keys, Jasmine Harris (Chris), Jared Keys, and 14 grandchildren. He is also survived by his mother Norma Keys, sister Marth Christensen (Tim), and many other extended family members. He was preceded in death by his father Joe Keys. Funeral services will be held on Wednesday, November 8, 2017, at 11:00 am, at the Butler 20th Ward Building, 1355 East 7200 South, Cottonwood Heights, Utah 84121. A viewing will be held on Tuesday, November 7, 2017, from 6:00 pm to 8:00 pm at the Butler 20th Ward Building, and prior to the funeral from 9:00 am to 10:30 am. Following the funeral services, interment will be at Larkin Sunset Gardens, 1950 East 10600 South, Sandy, UT. In lieu of flowers, please contribute to the Church of Jesus Christ of Latter Day Saints Humanitarian Fund.

The family of Jay Spencer Keys created this Life Tributes page to make it easy to share your memories.