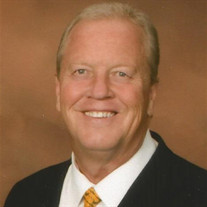 Jay Lynn Rhodes May 8, 1954 – March 11, 2015 Jay Lynn Rhodes passed away peacefully in his sleep at his Salt Lake City home on Wednesday, March 11th, 2015. Jay was born May 8, 1954 to loving parents Darrel R. and Beverly Clark Rhodes in American Fork, Utah. He grew up moving several times around Utah County and graduated from American Fork High School in 1972. Jay met and married his sweetheart of 35 years, Julie Ann Johnson in the Salt Lake City LDS Temple. Together they raised three sons. Jay lived for the opportunity to serve others and because of this he came to work as a Police Officer. He began his career with the University of Utah Police later moving to the Salt Lake City Police Department. During his time as a police officer, he worked in Patrol, Traffic, Motors and the Detective Divisions. Jay also participated in many other opportunities including Shop With A Cop, Director of Chaplains, Police Mutual Aid Association (PMAA) President, and as Sister-City Coordinator with Keelung Taiwan. He formed friendships and fostered professional associations which continue to benefit Salt Lake City and its residence today. His dedication to the job was apparent to those he worked with as well as those he served. He treated all as he wanted to be treated and he loved everyone. Jay was also an intrepid entrepreneur and owned several businesses throughout his life which included catering, landscaping to distribution services and others. Jay loved getting his hands dirty and digging in wholeheartedly to whatever project he was working on; always giving his absolute best effort. Frequently he had many projects going on at the same time but he excelled at never losing sight of his goals and always completing things on time and with a certain flare; all while never neglecting his family. Jay’s favorite part of life was his family! He thrived at opportunities to host family gatherings and at finding any excuse to throw a party. Preparing food was his forte and he loved the compliments he would receive about his cooking and his ability to prepare and present good food. Jay raised his three sons to be good hosts and emphasized good manners and encouraged his sons to be the gentlemen. He was always so proud of his children and often spoke of their accomplishments. Jay was so happy to become a new grandpa and relished every moment he got to spend spoiling his new granddaughter who quickly became the twinkle of his eye. In Jay’s world, family always came first. Jay is survived by his wife of 35 years, Julie; his three sons: Andy (Mandy) of Santa Clara, Utah, Nick of Amherst, Massachusetts, and Tony (Becca) of West Bountiful, Utah; his mother Beverly of Orem, Utah; Sisters: Connie (Brent) Bullock of Pleasant Grove, Lynnel of American Fork, Utah; Brothers: Alan (Janet) of Highland, Utah, Ron (Ruth) of South Jordan; His Granddaughter Olivia; and Numerous Nieces and Nephews. Jay was preceded in death by his father, Darrel, who welcomed him to his heavenly home with loving arms on Wednesday. Jay was an active member of the Church of Jesus Christ of Latter-day Saints and he served in many capacities. His callings included Young Mens, Bishopric member, High Councilor, and the High Priest Group Leadership. Jay served in the Mexico City Mission as a young man and recently in the Salt Lake City Inner-City Mission. Jay was a great father and an amazing example to all who knew him. He strived every day to follow the example of his Savior and to make a difference in the lives of those around him. We may never know to a full extent all the lives he touched for the better but pray his example will be carried on by those he left behind. Funeral services will be held at the LDS Stake Center at 14400 S. 2700 W. in Bluffdale, Utah with a viewing on Tuesday, March 17th from 6:00-8:00pm. A second viewing will be held on Wednesday, March 18th, 9:30-10:30am. Funeral services will start at 11:00am. Interment will be at the American Fork City Cemetery immediately following funeral services. The Rhodes family would like to thank the first responders who arrived so quickly to assist in a time of unexpected need. They would also like to express their thanks and love to all who have shared condolences. We know Jay loved so many during his short sojourn through this life and we would like to recognize the difference that was made by each of you. You inspired the stories of love and friendship he brought home to our dinner table to encourage us to follow your examples of Christ-like love. It is our hope you will continue to live honest, productive, and faithful lives.

The family of Jay Lynn Rhodes created this Life Tributes page to make it easy to share your memories.