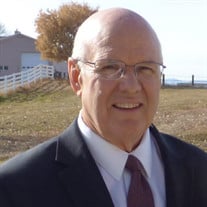 Jon Ralph Humphrey, 67, was born February 24, 1954 in Logan, Utah to Rufus William and Marie Weston Humphrey. He passed away peacefully on February 22, 2022 at his home in Draper, Utah after a 2 year battle with cancer, released to continue the Lord’s work on the other side of the veil. As a young adult, Jon served a mission for the Church of Jesus Christ of Latter Day Saints in the Mexico City, Mexico Mission. After returning home from his mission, Jon met and was sealed to his eternal companion. They were blessed with four children, of whom he was very proud. During their 45 years of marriage, he loved traveling with his wife and his family and spending time with his children and grandchildren. He was always generous with everything the Lord gave him, sharing what he had with all around him. He held many leadership positions in the Church. He served in the temple regularly throughout his life. Jon loved scouting and was involved in scout leadership during his adult life. He and his wife served as service missionaries for the Church of Jesus Christ of Latter Day Saints in the Salt Lake City Inner City Mission for 6 years, working with both Spanish and Portuguese speaking people. Jon was a hard worker both at home and at work. He was a jack of all trades: regularly jumping in and fixing anything. Like his carpenter father, he had a knack for building and was directly involved in the construction of 3 homes for his family. He graduated from Sacramento State College with a BS in Computer Science, and later graduated from the University of Phoenix with an MBA. Jon spent his career as a software engineer. He had his start during the emergence of computer technology and saw much of its incredible growth during his lifetime, successfully keeping current in an ever changing field. Jon is preceded in death by his parents Rufus and Marie Humphrey, and his brother-in-law Charles Brukl. Jon is survived by his wife, Sandra Ward Humphrey; 4 siblings: Albert (Sharlene) Humphrey, Penelope Brukl, Neall (Leslie) Humphrey, Rosemarie Pierson; 4 children: Jessica (Michael) Allen, Brad (Lindsay) Humphrey, Spencer Humphrey, Nathaniel Humphrey; and 7 grandchildren. A viewing will be held on March 2, 2022 from 6:30-8:30pm. Funeral services will take place on March 3, 2022 at 11am. A viewing prior to the funeral will be held at 9:30am. All viewings and the funeral will be held at the Draper Utah Riverview Stake Center located at 12101 South 700 West Draper, Utah 84020. The funeral can also be streamed live at: http://mywebcast.churchofjesuschrist.org/draperutahriverviewstake A graveside service will be held on March 4, 2022 at 12:30PM at the Laketown Cemetery, located at 437 S 70 E St, Laketown, UT 84038. In lieu of flowers, please donate to the Humanitarian Fund of the Church of Jesus Christ of Latter Day Saints: https://philanthropies.churchofjesuschrist.org/humanitarian-services

Jon Ralph Humphrey, 67, was born February 24, 1954 in Logan, Utah to Rufus William and Marie Weston Humphrey. He passed away peacefully on February 22, 2022 at his home in Draper, Utah after a 2 year battle with cancer, released to continue... View Obituary & Service Information

The family of Jon Ralph Humphrey created this Life Tributes page to make it easy to share your memories.