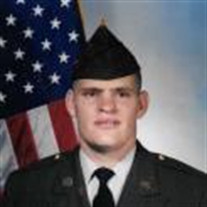 Jonathan Hopkins 1974-2022 Jonathan Hopkins, 48, passed away April 19, 2022, at Sandy Rehabilitation Center after a valiant battle from pancreatitis, diabetes and liver failure. He was born on March 24, 1974, in Fairbanks, Alaska, the 2nd son of Marsha and Brent Hopkins. He spent most of his life in Idaho and Utah. Jonathan loved sports, he played soccer, basketball and baseball. His true talent was in baseball and was so proud that he made the All-star team every year. He also loved BMX racing with his brother, Dan. He was an avid fan of Star Wars, Legos and RC cars. After high school he joined the US Army where he proudly served from 1999-2002. He planned on making this his career, but a serious injury changed his plans, and he was honorably discharged. In 2002 he met and later married Stephanie Badley. They became parents to Skylar and Paige. He loved being a dad and considered the girls to be his greatest achievement and contribution for a better world. Stephanie and Jon later divorced. He is survived by his daughters, Skylar and Paige Hopkins (Nampa, Id) his moms Marsha Hopkins and Marge Willingham, brothers Daniel, Richard and Jed Hopkins, stepbrother Jason Willingham (Britney) and stepsister Tracy Renfrow (Kelly). Grandmother, Kathleen Nelson Grace (Orem. Ut). Proceeded in death, Brent L Hopkins (father), Dewey Nelson (grandfather) and Elna and Dan Hopkins (grandparents) The family would like to thank Julia Bailey, VA Hospice Director in Boise, Idaho for moving mountains to get Jonathan transferred to Salt Lake City, so he could be close to his family. To the Encompass Team, especially Valarie Bleazard and Teresa Gaulrapp for their endless hours of care and compassion. To all the nurses, cna’s and staff at Sandy Rehabilitation Center for the kindness and care they gave him. Services will be held at: Serenity Funeral Home 13863 So 2700 West in Bluffdale, Ut.On Wednesday April, 27,2022. A viewing will be held between 11-11:45am. The funeral Service will start at 12pm. Interment will be held at the Spanish Fork Cemetery with military honors.

Jonathan Hopkins 1974-2022 Jonathan Hopkins, 48, passed away April 19, 2022, at Sandy Rehabilitation Center after a valiant battle from pancreatitis, diabetes and liver failure. He was born on March 24, 1974, in Fairbanks, Alaska, the... View Obituary & Service Information

The family of Jonathan Hopkins created this Life Tributes page to make it easy to share your memories.