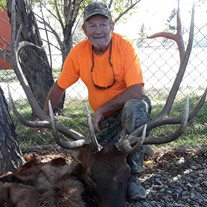 Joseph (Joe) Michael Jacobs Sr, loving husband, father, brother and friend passed away on June 5th, 2022 at the age of 67 from serious medical conditions. He showed his courage by facing life’s challenges with a smile. Despite the pain, Joe remained optimistic and strong until the end. Joe was born December 7th, 1954 in Salt Lake City, UT to Virginia Salisbury Pearson (Mother) and Raymond Boyce Jacobs (Father). Joe grew up in Kearns, UT and was one of 8 children: Maureen, Jackie, Rick, Jenny, Christine, Paula, Pat. Joe had many talents and through diligence and hard work he earned his Eagle Scout award. As a young adult he enjoyed camping, water skiing, fishing and hanging out with his friends. Joe had the natural ability to make lifelong friends with everyone he met, including his sister/best friend Jenny (they remained thick as thieves til the end). Joe married Mary Cushing June 14th, 1979. Together they raised three children Tristen, Amber and Joey in Magna, UT. They went on countless camping, fishing and hunting trips. Nearly every weekend was an adventure. Some of the more notable trips included Yellowstone and Lake Powell. Joe grew up hunting and fishing with his father and friends. He passed this passion for the outdoors to his kids and anyone else who was willing to learn. Joe could fish 24/7 rain or shine. He loved to say “women love me and fish fear me.” Joe was a hard worker. He worked in construction and went on to become a journeyman brick and stone mason. Joe worked for several contractors and later went on to get his General Contracting License. In 1996 Joe and his dear friend Chuck Taylor started their company, TJ Masonry. Together they ran a successful business. Their work can be seen throughout Utah and many other states. On June 7th 2003, Joe married Dianne Butterfield. Through this union he gained another family and group of friends. He enjoyed spending time with Darci and Rob Yardley and the O’Donnell Family. They went on many adventures, most notably Mexico, Alaska, Moab and Hawaii. Joe spent a great deal of time in Manila, Utah where he transformed a small modular home into a beautiful fishing retreat. Manila offered easy access to Flaming Gorge, his absolute favorite place to go fishing and hunting. Joe worked for Daggett County as a maintenance worker at the Jail. When they found out he previously had a contractor license, they put him to work building many projects. Joe had many close friends in Manila and spoke of them often. Joe’s infectious sense of humor and kind heart was only part of what made him great. Joe was good at whatever he put his mind to, and had a natural ability to figure things out. Joe was generous with his time to help family, neighbors or anyone else that needed help with anything. He was a jack of all trades, a master of some, and always willing to impart his knowledge to others. He was preceded in death by his father Raymond Boyce Jacobs, mother Virginia Salisbury Pearson, sister Jacquelyn Adams, brother Rick Jacobs, and son Travis Barker. Joseph leaves behind his wife Dianne Jacobs, daughter Tristen Turville and husband Sam, daughter Amber Hammond and husband Jon, son Joseph Michael Jacobs Jr. and wife Nina, Heather Barker, Darci Yardley and husband Rob and many Grandchildren.

Joseph (Joe) Michael Jacobs Sr, loving husband, father, brother and friend passed away on June 5th, 2022 at the age of 67 from serious medical conditions. He showed his courage by facing life&#8217;s challenges with a smile. Despite the pain,... View Obituary & Service Information

The family of Joseph Michael Jacobs Sr. created this Life Tributes page to make it easy to share your memories.