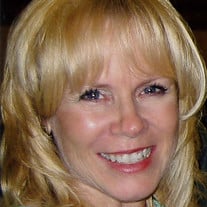 Kathleen Rae Smith, 62, of Draper, Utah, passed away on Dec. 28, 2017, after a long and courageous battle with cancer. She was born on Sept. 13, 1955, in San Diego, California to John Whitlock and Norma Squires. In 1973, Smith graduated from Leland High School in San Jose, California. She attended Brigham Young University in Provo, Utah and majored in vocal performance. On Dec. 21, 1974, she married Jeffrey Albert Smith in the LDS Provo Temple. As a young military wife, Smith lived in many places and raised her family along the way. After settling in Mansfield, Texas, she went back to school and earned her nursing degree. In her 20+ year career, she enjoyed working as a school nurse the most as she loved children and was considered a grown up kid herself. Blessed with a beautiful soprano voice, Smith also lent her talents to several prestigious choirs and musical theatre productions. Born the same year Disneyland opened, she often visited this magical place and even listed “Disneyland Tour Guide” as a special skill on her resume. Smith is preceded in death by her parents, including her step-father Robert H. Smith. She is survived by her daughters Pamela Kelly Smith, Holly Smith Hendrix and Lauren Ruth Smith; granddaughter Helena Grace Hendrix; and sisters Cathy Rader and Jennifer Scott. A constant source of light and love, Smith leaves behind a legacy of faith, family, music and a touch of pixie dust. Funeral services for Smith will be held at 11 a.m. on Jan. 6, 2018 at The Church of Latter-day Saints, located at 552 E. 11400 S. Draper, UT 84020. Viewings will be held at the same location from 9:30-10:30 a.m. on Jan. 6, 2018 and from 5-7 p.m. on Jan. 5, 2018. The family would like to thank all those who have tirelessly supported Smith in her cancer battle over the last two and a half years. Special thanks go to the team of doctors, nurses and caregivers at Texas Oncology, Utah Cancer Specialists, Mayo Clinic of Phoenix and Intermountain Homecare and Hospice. In lieu of flowers, please donate to the Children's Cancer Research Fund, www.childrenscancer.org. Share memories and condolences at www.serenityfhs.com.

Kathleen Rae Smith, 62, of Draper, Utah, passed away on Dec. 28, 2017, after a long and courageous battle with cancer. She was born on Sept. 13, 1955, in San Diego, California to John Whitlock and Norma Squires. In 1973, Smith graduated from... View Obituary & Service Information

The family of Kathleen Rae Smith created this Life Tributes page to make it easy to share your memories.