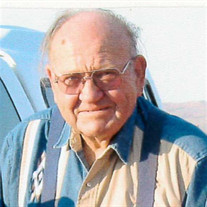 Ken Cortez Kanady, 77, passed away on May 20, 2014 in Holladay, UT. He was born March 12, 1937 in Carter, OK to Vernon R. Kanady and Wauhillau Wells. He married MarJean Boynton. They were married in Downey, CA on September 16, 1968 and later sealed in the Salt Lake Temple for time and all eternity. Viewing will be held Tuesday, May 27, at noon with funeral services following at 2:00 pm at Taylor's Grove Chapel, 4845 Woodhaven Dr. Taylorsville, Utah. Ken loved to tell stories about his life growing up with his sisters and about memories he had being raised for a time by his grandmother in Weiser, Idaho. He grew up playing football in high school and loved life. With his first wife he had five daughters: Debbie, Margaret, Pamela, Vonda and Kimberly. Later divorced, he met the love of his life, MarJean. Together they had one son, whom they named Ken Cortez after his father. Ken had many talents such as sewing clothes and cooking. He held many different jobs such as security guard, safe installer, logger, but it was not until he moved to Utah that he would find his true passion. He began working at Heritage Homes in Murray, UT and learned to build furniture. He loved to craft bookcases and desks, headboards and dressers. He was often teased about making furniture that was so heavy. He liked to only use the finest oak and would stain the wood to bring out its true beauty. He worked as a painter and carpenter for the Church offices where he later retired. Ken also loved the great outdoors. After retirement from the Church, he and MarJean purchased four acres on the rim of Zion's Park and build a cabin. While living there, they worked together maintaining a small hotel in Mt. Carmel, UT. Ken loved telling stories about the different critters they would see around their yard and lived every moment to the fullest. After battling some health issues, they decided that it would be best to move back to the Salt Lake area to be closer to medical attention and family. In October, 2012, his beloved "bunny wabbit" MarJean passed away. It was a difficult transition for Ken to be without his companion after 44 years together. However, he found strength in knowing that they had been sealed for time and all eternity and that they would be united again. Ken is survived by his sisters Marcella and Jimmie, daughters Margaret, Pamela, Vonda and son Ken. Grandchildren Eduardo, Antonio and Ashleigh. Preceded in death by wife MarJean, sister Yvonne and daughters Debbie and Kimberly. Viewing will be held on Tuesday, May 27, 2014, at noon with services to follow at 2:00 pm located at: Taylor's Grove Chapel, 4845 Woodhaven Dr. Taylorsville, Utah. Following services, family and close friends are invited to the grave dedication located at: Larkin Cemetary 1950 E. 10600. The family would like to extend a special thank you to Leo and Elaine Boynton, Bishop Morris Pratt and the Taylor's Grove Relief Society, as well as all the friends and family that have traveled from far and near to lend support to the family at this time.

The family of Ken Cortez Kanady created this Life Tributes page to make it easy to share your memories.