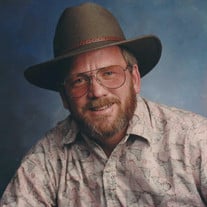 Kevin Ray Hammond, 56, passed away at home on May 12 2017 with his loving wife by his side. Kevin was born March 18 1961 in Las Vegas, Nevada to John “Jack” Hammond and Judith Naseef. Kevin married Shellie Morgan Smith in Cedar City, Utah on Aug 23 1980, Sealed in the Salt Lake Temple Aug 6 1988. Kevin was a member of the Church of Jesus Christ of Latter-day Saints and loved serving in his callings there. He loved working with the missionaries and would always stop and talk with them. He would go out of his way to comfort those who needed it and impacted many lives. He loved music and always had his head phones on. Kevin was the rock of his family, and was always ready to welcome others into it. He loved spending time with his grandkids and always made sure to support them in everything. Kevin and Shellie did everything together they were road dogs and she will miss him deeply. Kevin is survived by his loving Wife Shellie, Mother Judith Palmer, Children Jeramy (Leslie) Smith, Marissa Myers, Michael (Tracee)Rhodes, Jason (Hollie) Hammond, Megan (Mike) Jensen, Margaret Hammond, Muriel N Hammond, and 19 grandchildren. Siblings Cary Hammond, Lisa Hammond, Erin Hammond, Jill Hammond, Brian Hammond, and John Hammond. Kevin is Preceded in death by his father Jack Hammond, Grandmothers Muriel Moody and Margaret Naseef and Grandfather Eddie Naseef. The viewing will be held Friday May 19th at the Westbrook 7th Ward building 6364 South 3200 West, West Jordan, Utah starting at 9 am following with the funeral at 11 am.

The family of Kevin Ray Hammond created this Life Tributes page to make it easy to share your memories.