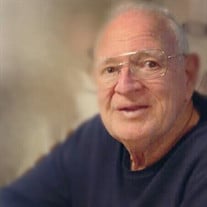 Lamont Worthen Law, 78, died on November 3, 2017 in Providence, Utah after struggling with the aftermath of multiple strokes. He was born on February 27, 1939 to Guy Wesley and Vada Worthen Law, in Orangeville, Utah. He was born at home, the youngest of four children. He grew up in Orangeville, graduating from high school in 1957. He joined the United States Army, which took him on many adventures, the greatest one being stationed at Ft. Bliss, Texas. It was there that he met his eternal sweetheart, companion, and wife, Maureen Mask. They were married in the Manti Temple on September 5, 1959, for time and all eternity. This eternal bond would carry him through a tour of duty in Vietnam, and his darkest days of battling dementia. He faithfully served his country for 25 years. During this time, he and his family lived in Utah, New Mexico, Texas, Alabama, Germany, Wisconsin, Maryland, and Alaska. After retiring from the Army, he worked for Lockheed Martin in Tooele, Utah for ten years. He again retired and moved back to Orangeville--his childhood home and love. There he grew his business--Mont's Custom leather. He loved to be out in his shop making leather products and attending gun shows. Rifle slings were his specialty. Anyone that talked to Lamont felt like they were best friends. He had a special gift of being able to talk to people and make them feel comfortable, liked, and understood. He received a bachelor's degree from Brigham Young University and a master's degree from New Mexico State University. Lamont was a member of the Church of Jesus Christ of Latter-day Saints. He labored in many callings, including serving three full-time missions with his wife: Spain Barcelona, Texas McAllen both Spanish speaking) and a home mission. He and Maureen also served in the Manti Temple. He was valiant in his testimony of Jesus Christ, and his love for his wife. He leaves behind his wife, Maureen, and three daughters: Susan (Richard) Netzley of Hyrum, Julie (David) Curtis of West Jordan, and Amy Price of Riverdale. He has 17 grandchildren and 13 great-grandchildren, with three more on the way (including a set of twin girls). Two of his daughters served a full-time mission, and nine of his grandchildren served, while one is anxiously awaiting his call. His is also survived by his brother Sherald (Emma Lou) Law of Price, a sister-in-law Joyce Law of Orangeville, a brother-in-law Clate (Carol) Mask of Arizona, a brother-in-law Rudy Mask of California and a sister-in-law Linda (Vaughn) Hassell of Arizona. He was preceded in death by his parents, parents-in-law, brother Ruane Law, sister Ruby Mae Snow, and sister-in-law Carolyn Mask. Funeral proceedings will be held on Saturday, November 11, 2017 at 11:00 am at the Orangeville 2nd Ward building. Viewings will be held prior to the funeral at 9:30-10:30 am, and the night before from 6:00-8:00 pm.

Lamont Worthen Law, 78, died on November 3, 2017 in Providence, Utah after struggling with the aftermath of multiple strokes. He was born on February 27, 1939 to Guy Wesley and Vada Worthen Law, in Orangeville, Utah. He was born at home, the... View Obituary & Service Information

The family of Lamont Worthen Law created this Life Tributes page to make it easy to share your memories.