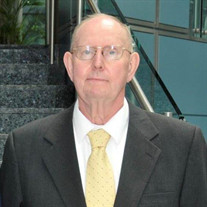 Obituary for Lawrence Nogle Lawrence Elwayne Nogle, 76, passed away on Thursday, April 6, 2017, at home surrounded by his family in West Jordan, Utah. He was born on June 21, 1940 in Champaign, Illinois, to Melvin and Dorothy Nogle. In his family, Lawrence is fondly known as “Uncle” or just “Unc” (no name required). Lawrence graduated with high honors from the University of Illinois and went on to complete a Ph.D. in Psycholinguistics, also at Illinois. His doctoral dissertation was published under the title Method and Theory in the Semantics and Cognition of Kinship Terminology. Lawrence was especially proud to have been inducted into Phi Beta Kappa as an undergraduate. Lawrence taught at Governors State University in Illinois. Upon the death of his Uncle Kermit, Lawrence helped manage the Nogle family business, working closely with his father. Lawrence dedicated his life to caring for his beloved parents. After their death, he moved to Salt Lake City, Utah, where he resided with his sister and family until his death. Lawrence was highly intelligent and a lifetime learner. He owned thousands of books on various topics, and he actually read all of them. When conversing with Lawrence, he was able to reference almost any topic with a book from his library. He could even specify the page number in specific books. Lawrence was very kind and tender with a quirky sense of humor. He was always ready to help others in any way he could. During his long illness, much of which was very painful, Lawrence never complained. He was always more worried about others than himself. Lawrence’s character emulated that of his hero, Abraham Lincoln. Even though Lawrence lived in Utah for 20 years, his heart was always in central Illinois. He had a deep love for the Midwest and its people. He had a special love for animals, especially horses. He and his father, Melvin, were always involved with caring for and showing horses. Lawrence loved attending harness races at the Champaign County Fair. Every Fourth of July, he and his father would participate in the Champaign parade, driving a horse and buggy. His nephews and nieces have many fond memories of “Unc” walking beside the buggy as they excitedly rode inside. Lawrence is survived by his sister, Vivian Fredley, of West Jordan, Utah; nephews Donald Fredley (and wife Susan), Michael Fredley (and wife Shadia), and Steven Fredley (and wife Melissa); nieces Tara Fredley, Jana Floyd (and husband Ron), Kristin McGlohn (and husband Travis), and Tricia Fredley; and 20 great nephews and nieces. Lawrence also leaves behind his beloved cat, Patrick. Preceded in death by his parents, Melvin and Dorothy Nogle, and his sister, Anita Eloise Nogle. A service will be held on Saturday, April 15, 2017 at Owen’s Funeral Home in Champaign, Illinois. Burial will be at Craw Cemetery in Sadorus, Illinois. “Au River, Unc . . . until we meet again!” The family would like to thank the medical personnel at Salt Lake Regional and Jordan Valley Hospitals who took such great care of Lawrence. We would also like to extend a very special thanks to Dr. Francis Clark of the Foot & Ankle Institute and Tracey Benson of Valeo Hospice. Send condolences to the family at: www.serenityfhs.com.

Obituary for Lawrence Nogle Lawrence Elwayne Nogle, 76, passed away on Thursday, April 6, 2017, at home surrounded by his family in West Jordan, Utah. He was born on June 21, 1940 in Champaign, Illinois, to Melvin and Dorothy Nogle. In his... View Obituary & Service Information

The family of Lawrence Elwayne Nogle created this Life Tributes page to make it easy to share your memories.