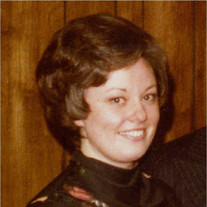 Lin was born in Salt Lake City July 24, 1949, and spent her formative years in Wichita, Kansas, graduating from West High in 1967. She attended Dixie State College after that. In Salt Lake City, she worked for Pike Manufacturing. In the spring of 1973, she met Bob Wrathall. They were married in the Salt Lake Temple on September 11, 1973. For Lin, there was no joy like motherhood. Lin was a stay-at-home Mom during those precious years, and she delighted in spoiling Emi. Bob and Lin lived in Salt Lake City, and then Bountiful. A devout member of the Church of Jesus Christ of Latter-day Saints, Lin served as a Young Women's President and Primary President. She supported Bob in his callings. Later, after children, they together served at Primary Children's Hospital, and with Guest Services at Temple Square. She worked at the University of Utah for many years. She particularly enjoyed her time in the department of Medicinal Chemistry, with Dr. Glen Prestwich. Every year she hosted—in her home—Thanksgiving, and delighted in how world students reacted to American traditions. In early 2020, she learned she had cancer. That autumn, she was blessed to find treatment and support at Huntsman Cancer Hospital. Alas, her specific cancer was aggressive and fast-moving. Her last days were spent trying to be as comfortable as possible. Emily, and her niece Megan Smith Gelter, spent countless hours working to that end. Lin was blessed to know Emerie, Ava, Maisy, and Samantha--beautiful daughters of Tim and Meg, her grandchildren in every way. And most of all Lin's loving daughter Emily, and Emi's childhood friend, Maria Mendevil, Maria's sister Jenny Smart and their mom, Annette Torres. The family is thankful for the many gestures of kindness extended to Lin during her time in treatment at Huntsman Cancer Hospital. What a blessing to have so many true friends! And at the end, she was lifted by the sweet caring of Rocky Mountain Hospice. One of Lin's favorites books is The Dash, by Linda Ellis and Mac Anderson; It's not the date you were born or the date you die that matters. It's the dash in between. In lieu of flowers, please contribute to the cause which you feel contributes the most to finding a cure for cancer, and supporting those still in the fight.

Lin was born in Salt Lake City July 24, 1949, and spent her formative years in Wichita, Kansas, graduating from West High in 1967. She attended Dixie State College after that. In Salt Lake City, she worked for Pike Manufacturing. In the spring... View Obituary & Service Information