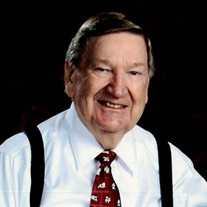 Louis Lynn Jex, 83, of Pleasant Grove, formerly from Woodinville, Washington, passed away unexpectedly on Monday afternoon, September 25, 2017 in Orem, Utah. He was the second youngest child of George Frederick Jex and Florence Clara Headman. He was born June 22, 1934 at his parent’s home in Provo, Utah. Known all his life by the name Lynn, he grew up in Provo, Utah County, Utah, graduating from Provo High School in 1952. As a young boy, Lynn enjoyed watching movies at the theatre and dancing. He joined the reserves after High School graduation and later enlisted in the Navy. Serving for 10 years, he is a veteran of both the Korean and Vietnam Wars. Lynn loved serving his country in the Navy as an IC Electrician, achieving the rank of Petty Officer, First Class, E6. The Navy provided travel and time at sea which he loved. Early on he had an affinity for cars, became quite proficient in mechanics, and could fix anything. He loved Ford Mustangs, calling them his “ponies”, and he delighted in the acceleration of a finely tuned vehicle. He developed an amazing rise ball as a fastball softball pitcher and enjoyed the competitive nature of the game everywhere he lived. Lynn was a great storyteller and loved a good joke. His children and extended family enjoyed his ability to tell a good tale. Lynn joins his sweetheart, Beverly Ann Painter, who passed before him in 2015. They were married on January 15, 1959 in the Salt Lake Temple in Salt Lake City, Utah and spent over 56 years together. The family lived in California before moving to the Pacific Northwest and settling in Woodinville, Washington. They returned to Utah in 2004. His incredible love and devotion was evident in his care of Beverly after her stroke in 2010. They were an example to many of deep love, kindness, and sacrifice. After Beverly’s passing, Lynn enjoyed spending time with his dear friend, Karla Dawn Wagner. Friends since 5th grade, they reconnected after the passing of their sweethearts, finding great joy in one another’s company. Active in the LDS Church, he was ordained a patriarch in 1987, pronouncing more than 1,000 blessings over the course of his service. He also served as an ordinance worker and temple sealer in the Seattle, Jordan River, and Oquirrh Mountain temples, and was currently serving in the Timpanogos Temple. Lynn loved his work as a sales trainer for various companies. He was proficient in sales but especially loved teaching others the skills of interacting with people. The rise of technology never slowed him down, and later in his career he worked as a fraud data analyst and consultant for several companies. He was preceded in death by his wife, parents, two sisters, a son-in-law, and a grandson. Survivors include his children: Michael (Cheri) Jex, Georgia; Shelli Jex Gustafson, Oregon; Lauri (Mike) Clark, Utah; Karla Jex Francis, Oregon; and Karen (Kenneth) Roberts, Utah; his siblings Mildred, Charles, and Rodney; and 22 grandchildren and 11 great-grandchildren, as well as many nieces and nephews. There will be a viewing on Sunday, October 1, from 6-8 PM at the LDS Chapel located at 332 E 500 N, Pleasant Grove, Utah. Funeral services will be held Monday, October 2, at the same location beginning with a viewing from 9:30-10:30 AM. Family Prayer will be at 10:30 AM with services to follow from 11 AM to noon. Interment will be at Bloomington Cemetery in Bloomington, Idaho on Wednesday, October 4th, 2017. The graveside service will begin at 3:00 PM.

The family of Louis Lynn Jex created this Life Tributes page to make it easy to share your memories.