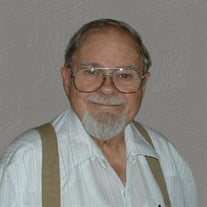 Lyle Ray Morris was born July 4, 1929 to Ray Fowler Morris and Clarice Rollins Morris in Parowan, Utah, where he grew up working on the family farm. He was the second of four brothers, including Boyd, J. Clair, and George D. After graduation from Parowan High School, he attended the Branch Agricultural College, in Cedar City, Utah, where he met Verona DeMai. They fell in love and were married on July 26, 1949, in the LDS Manti Temple. They welcomed their first child, Peggy, in 1950. Lyle served in the National Guard and shortly after Peggy’s birth his unit, the 213th Armored Field Artillery Battalion, was activated and sent to the Korean War. In that conflict he was awarded the Bronze Star and his unit received a Presidential Unit Citation. He was honorably discharged with the rank of staff sergeant. Upon returning home he moved his family to Provo, Utah, where he attended Brigham Young University. While there, he and Verona were blessed with two sons David and Michael. Lyle graduated from BYU with a bachelor’s degree and a master’s degree, both in bacteriology. Shortly after leaving BYU he was hired by Difco Research Laboratories in Detroit, Michigan, and moved his young family across the country to start a new life. During their years in Michigan, he and his wife had four more children: Richard, Patricia, Bonnie, and Ronald. All four sons served missions for the LDS Church. After a distinguished career of 34 years with Difco, he and Verona retired to St. George, Utah. There he served for a number of years as a temple worker in the LDS St. George Temple. After a long illness, Lyle passed away peacefully at the home of his son Ronald, in Herriman, Utah, on November 15, 2014, at the age of 85 years. He is survived by his wife Verona; his children Peggy (Tom) Lee, David (Shirlene), Michael, Richard (Marie), Patricia (George) Miller, Bonnie, Ronald (Kathryn); 23 grandchildren; 13 great-grandchildren; and his brothers J. Clair (Suzann), and George D. (Ilona). He was preceded in death by his parents Ray Fowler Morris and Clarice Rollins Morris, his brother Boyd, his granddaughter Amber Lee, and his great-granddaughter Averiana. Funeral services will be held 11:00 a.m. Saturday , November 22, 2014 at the Rose Crest LDS Chapel 5424 W Rose Crest Street Herriman, Utah, A viewing for family and friend will be held at the Rose Crest LDS chapel from 10:00 a.m. to 10:50 a.m. Burial will follow at the Parawon City Cemetery.

Lyle Ray Morris was born July 4, 1929 to Ray Fowler Morris and Clarice Rollins Morris in Parowan, Utah, where he grew up working on the family farm. He was the second of four brothers, including Boyd, J. Clair, and George D. After graduation... View Obituary & Service Information

The family of Lyle Ray Morris created this Life Tributes page to make it easy to share your memories.