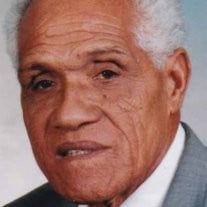 Malakai Male Fotu’s mortal journey began in the humble village of Kolonga, Tongatapu on October 16, 1926. He was born to Vika Mafi Momotu and Timote Fotu who had two other sons – Mosese Vaha’i Fotu and Siupeli Fotu – and one daughter – Selu Vaia Fotu. Thousands of miles away in American Fork, Utah and 86 years later his journey on earth ended when he returned to his Heavenly home on June 8, 2013. While growing up in Kolonga, Malakai learned to fish and farm. During his adolescent years, he even spent some time training as a Boxer and was well known in his village. Although he had the equivalent of a 4th grade education, Malakai obtained nearly all his formal education in church. And it was in church that he also found love. There he met the lovely Oto’ota Kakala Finau who came to Kolonga with her family as early missionaries of the Church of Jesus Christ of Latter Day Saints. It didn’t take Malakai long to become converted when he was baptized on July 4, 1940. Since that day he has spent the rest of his life in the service of the Lord. Just days before his 21st birthday, Malakai and Oto’ota were married in Nukualofa on October 11, 1947. They returned to Kolonga and began to raise a family – an average size family of 10 by the days’ standards. They had 7 sons and 3 daughters: Sione Toimoana, Sione Falamani, Suli Finau, Timote, Sesimani, Selu Vaia, Tevisi, Fehoko, Ulapatasi Manase Kafoa, and Koloneita. The youngest of their three daughters – Fehoko – died in infancy. The family’s migration to America began in January of 1970 when their second oldest son, Falamani, left Tonga to attend the Church College of Hawaii. One by one he sent for the rest of the family, first his parents in 1974 and then each sibling one by one along with other relatives. From Hawaii, Malakai eventually moved his family to Salt Lake City, Utah where he would spend most of his life other than the occasional relocation to Hawaii from time to time. Malakai is remembered by most for his devotion to the Lord. During their early years in Kolonga, Malakai and his wife fed a group of 15 missionaries for nearly 9 months. He allowed two of his sons, Sione and Timote, to travel throughout Tonga to help build chapels for the church. He spent a total of 6 years serving in four missions for the church with his wife. During a notable occasion at the end of their fourth mission, while President Gordon B. Hinkley was visiting Tonga to hold a Conference for all missionaries, he approached the crowd and spoke directly to Malakai and Oto’ota. As he was saying “Goodbye”, he told them directly that he recalled personally signing their mission papers 4 times and was glad to do so. When he moved to Hawaii, he served as a Temple Worker for over 5 years. These are just a few of the examples of his selfless service in the Church. Known to his loved ones as “Pa”, he leaves behind a legacy of love in the 51 grandchildren, 56 great grandchildren, and 7 great, great grandchildren he and his wife of 65 years have enjoyed. We love you Pa, Grandpa, Dad, Brother, Son, Uncle, and hero. We will miss you dearly, but we know you will continue to watch over us. Ofa lahi atu! Church and Family Services will be held at the Highland 18th Ward LDS Chapel on Thursday, June 20th at 6pm. Family viewing will be on Friday, June 21st at 8am with the funeral services from 11am-1pm at 4679 West 110000 North in Highland, UT 84003.

Malakai Male Fotu’s mortal journey began in the humble village of Kolonga, Tongatapu on October 16, 1926. He was born to Vika Mafi Momotu and Timote Fotu who had two other sons – Mosese Vaha’i Fotu and Siupeli Fotu – and one daughter – Selu... View Obituary & Service Information

The family of Malakai Male Fotu created this Life Tributes page to make it easy to share your memories.