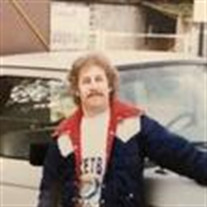 Mark Kenneth Hausler was born October 26, 1954 in St. Paul, Minnesota and died in Murray, Utah July 2nd, 2020 from pulmonary fibrosis. When Mark was about three years old, his parents, Ken and Colleen and two younger siblings, Dave and Julie moved to California. Soon after, his youngest brother, John, was born. Mark grew up during the tumultuous yet groovy 60’s and 70’s in Menlo Park, attending Nativity Catholic school and eventually Menlo Atherton public high school. He was on the cross country track team and enjoyed writing and art. The Hausler family camped and skied during Mark’s childhood so his love of the outdoors was nurtured early. He would lead his younger siblings on hikes and collect bugs and reptiles of all sorts. Mark began college at Sand Diego State, majoring in Art History and Journalism but was asked to leave after some shenanigans. He went to San Jose state briefly but classes were impacted so when his childhood friend, Arnold asked him to go to Wyoming to work in the oil fields as a roughneck/derrick hand, Mark accepted. About 1995, Mark left the small town of Pinedale, Wyoming to go back to school in Chico, CA - “He thought the beer and burritos there were cheap”, not to mention the rent. His parents had bought a duplex there where all his siblings inhabited at one time or another. He graduated from Chico State with a degree in Graphic Design. He then moved to Utah where he enjoyed the mountains, skiing, backpacking, river rafting and hiking. Mark was a prolific graphic and fine artist and you can find some of his work on these websites: http://www.eyepoppingprints.com, lucentgraphics.com , mypetsfantasy.com Per his wishes, Mark was cremated on July 8th and a small ceremony was held outdoors at Solitude Ski Area on July 9th, surrounded by family and friends. Mark is survived by his three siblings, brothers Dave and John Hausler and sister, Julie Brown. He also has five nieces and nephews, Derek Brown, Kellie Leducq, Timothy and Kimberly Hausler, and Jason Hausler. Those who would like to submit condolences, memories, or photographs are gratefully invited do so at the Serenity Funeral Home website at www.serenityfhs.com under ‘Tributes’.

The family of Mark Kenneth Hausler created this Life Tributes page to make it easy to share your memories.