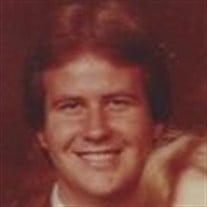 Michael Lynn Childs, 61, husband, father, and friend, and humble bumble, returned home to his Heavenly Father Sunday, August 14, 2016. Michael was born May 29, 1955 to Gerald H. and Wanza (Christensen) Childs in Salt Lake City. Mike lived in the Salt Lake Valley most of his life, except two years he spent in North Carolina on a mission for the church of Jesus Christ of Latter-day Saints. When Mike wasn’t working at Stewart Sandwiches, Metz Bakery, or one of his other jobs in adulthood, he was frequently looking for ways to bring joy into the lives of his family and everyone around him. He took time to go camping, made trips to Lagoon, and took other vacations with his family. He also made time to bring that joy to strangers through acts such as playing Santa at parties and events for North Pole enterprises. He also enjoyed working with his hands making various wooden treasures. He loved to build toys for the kids to play with and also various furniture pieces which are still used by his loved ones to this day. Mike is Survived by Marianne, his wife of 39 years, his children, Paul (Annette), Jeff (Hillaree), Kristi (Hyrum) Partridge, Scott (Mary Lynn), and Kimberly (Joshua) Hogan, two brothers Vernon (Yvonne), and Gerry (Sheri), two brothers-in-law, Rick (Mary), and Randy (Cynthia), one aunt Verla Edlund, and twelve (12) grandchildren (Makenzi, Brigham, Owen, Cameron John, Briley, Kellikae, Clayton, Johannah, Liam, Paiton, Aimee, Greyson). Preceded in death by his parents, Gerald H. Childs and E. Wanza Childs, his oldest brother, H. Merlynn Childs, his sister-in-law, Geraldine “Geri” L. Childs, and his parents-in-law, Robert “Art” Edginton and Elaine L. Edginton Viewings will be held 5 to 7 PM on Sunday, August 21 and Monday, August 22 from 9 to 9:45 AM at the LDS church located at 3650 W 4400 S. A memorial service to be held at 10 AM on Monday

The family of Michael Lynn Childs created this Life Tributes page to make it easy to share your memories.