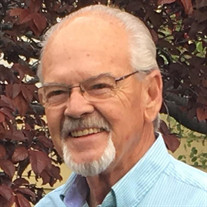 Salt Lake City, UT—Michael Gale Dixon passed away May 4, 2022 surrounded by loved ones after a long battle of heart disease. Michael was born March 25, 1945 to Jeff Woodrow and Dora Dixon in Columbus, Mississippi. He grew up in the Sand hills area of North Carolina where Michael spent most of his childhood on the farm helping raise chickens and grow tobacco and cotton. Michael moved with his family to Utah in 1961 where he graduated from Bountiful High School in 1962. He met the love of his life Alauna Ruth Hunt and they were married on Sept 11, 1965 and were later sealed in the Salt Lake Temple. In 1970 they moved to Rose Park and established their home where he resided until his passing. Michael and Alauna were blessed with six children who gave them 23 grandchildren and seven great-grandchildren. They were wonderful parents and supportive grandparents. Mike had a strong work ethic and had a great passion for all things automotive. He opened up multiple service stations located on 300 West and North Temple and he later owned a trucking business where he drove many miles over the road. He enjoyed 40 plus years as an owner/operator. He had a reputation for serving others, often without being asked. He would help neighbors, friends, and family members with yardwork, fixing a car, or repairing just about anything. In 2014, Mike lost his wife Alauna to breast cancer which took the smile from his face until he met his current wife, Ruth Enriquez Swanson. They were married September 7, 2019 and his smile returned and never faded again. They both enjoyed their passion of gardening and keeping a beautiful yard for the three short years they had together. He is survived by his Wife Ruth, Siblings Lyndell Aland, Danny (Barbara), Donna (Randy Martinson), and Debra (Frank Fowler), Children Michael (Sheila), Mark (Kristi), Wendy (Paul Abrath), Greg (Erica), Brian (Mandi), and Darren (Brittany), Grandchildren and Great Grandchildren. He was preceded in death by his Wife Alauna, Parents Jeff Woodrow and Dora, Brother Jeff Woodrow Jr (Woody), Sister-in-Law Sue Dixon, and Brother in law Dick Aland. We are grateful for the loving care of Ruth and his family him to keep him comfortable in his last days. There will be a viewing at North Rose Park Stake Center 1200 N 1200 W on Tuesday, May 10th between 6pm and 8pm. Funeral services will be at 11:00am on Wednesday, May 11, 2022.

Salt Lake City, UT&#8212;Michael Gale Dixon passed away May 4, 2022 surrounded by loved ones after a long battle of heart disease. Michael was born March 25, 1945 to Jeff Woodrow and Dora Dixon in Columbus, Mississippi. He grew up in the Sand... View Obituary & Service Information

The family of Michael Gale Dixon created this Life Tributes page to make it easy to share your memories.