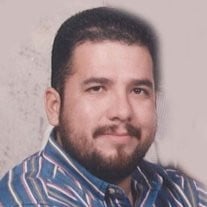 Michael Solomon Montoya Feb. 23, 1966 - July 30, 2013 Loving Father, Son, Husband, Brother and Grandfather went home to be with his Daughter Jessica, July 30, 2013. Michael was a proud graduate of West Jordan High School, class of '84. He lettered in baseball, football and track. He also scored the first touchdown for the West Jordan Jaguars then continued on to earn his Degree in Accounting. However, Michael's true joy in life was being a father. Some of his proudest parenting moments were watching his two daughters follow in his footsteps by graduating from West Jordan High, Olivia continuing on to start her own family and giving him his first grandchild Lennon. Sarah, continuously made her Daddy proud by accomplishing the world one award and year of college at a time. By bonding with his boy over baseball, low riding cars, and all the private jokes their identical sense of humor shared. Although things didn't work out, Mike loved being married and through the years built an even stronger friendship with Maria watching their children grow up. His Mom and Dad were so proud of their son, from his first home run to the wonderful father he became, and they will light the neon sign above the house claiming "Moms Out, Parties On." One last time, the trouble making brotherhood of Mike and Bill has come to a temporary end, but we look forward to a time when we can enjoy their antics once more. In death Michael has achieved his final dream of finally reuniting with his beautiful baby girl Jessica, his Uncle Joe, His dear Uncle Jerry and his go to guy Chris Gallegos. Michael is survived by his mother Clorinda, Father Solomon, Brother Billy and what he said was his greatest accomplishment, his children Sarah(24), Olivia(19), his boy Sam(14) and his granddaughter Lennon(7 months). Mike had an old soul with the heart of a kid. Maybe it was the combination that made going with him anywhere impossible without seeing someone he knew. He was friends with everyone and enjoyed a good Yankee or Raider game. He taught us a lot with his wicked sense of humor, but most importantly he showed us that you can get through anything as long as you have your family. And he now puts us to that very test. We love you daddy. "Get there low and slow. Stay brown."

The family of Michael Solomon Montoya created this Life Tributes page to make it easy to share your memories.