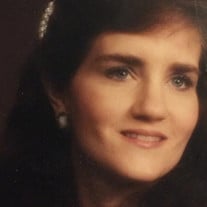 Nancy Eileen Brown, age 56, beloved daughter, sister, and aunt, passed away on February 15, 2016 after a courageous fight with cancer. Nancy was born March 27, 1959 to Merton and Joan Brown in New Haven, Connecticut. She was first of four children. She moved with her parents to Ohio, Florida, and then back to Connecticut. She attended Whittlesey Avenue Elementary School and Robert Early Junior High School in Wallingford CT. She graduated from Coginchaug Regional High School in Durham CT in 1977. She then attended Brigham Young University in Provo UT. Nancy and her family joined the Church of Jesus Christ of Latter-day Saints in June 1970. She and her family were sealed for time and all eternity on June 8th, 1971 in the Mesa Arizona Temple. She served a mission in the Netherlands from April 1980 to October 1981, where she learned to love the land and its people. Nancy’s family moved from Connecticut to Georgia in the summer of 1978. Nancy has worked in the medical office management field for most of her adult life. She moved to Lubbock, TX in the 1980s to work at a cancer treatment center. Nancy returned to Georgia and helped her younger brother raise his three children. Nancy followed her parents and siblings and migrated to Utah 2004. She was a member of the Provo Canyon Ward. Nancy is survived by her parents, Merton W. Brown and Joan F. H. Brown, her sister Sally Anne Santa Maria (Marco), and her brothers, Douglas M. Brown (JuVene) and Kenneth F. Brown. She is also survived by her 18 nieces and nephews. Funeral services will be held at 2:00 p.m. Saturday, February 20, 2016 at the Provo Canyon Ward, 4300 North Canyon Road, Provo, Utah. A viewing will be held from 1:00 p.m. to 1:45 p.m. before the funeral, at the church. Burial will follow at the Sandy Crescent Cemetery, 11105 S State St, Sandy, UT.

Nancy Eileen Brown, age 56, beloved daughter, sister, and aunt, passed away on February 15, 2016 after a courageous fight with cancer. Nancy was born March 27, 1959 to Merton and Joan Brown in New Haven, Connecticut. She was first of four... View Obituary & Service Information

The family of Nancy Eileen Brown created this Life Tributes page to make it easy to share your memories.