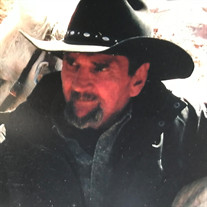 Nolan Thane Edwards 76 passed away on April 8th 2018, in his home where he was surrounded by family. He was born March 31st 1942, in Westpoint, Utah to John Elmer and Lorna L Sill Edwards. He was married to Patricia Ann White Edwards. They were married in Ogden, Utah on March 10th 1960. Patrica passed away November 19th 2008. He later married Beverly Jackson Edwards in Salt Lake City at his home on June 3rd 2012. Nolan Thane Edwards was an extraordinary man and impacted the lives of everyone who knew him. Nolan had a love for cars and as a young man started working as a mechanic. He was a natural and took pride in his work. He made sure the vehicles were fixed right the first time, because of this he was able to provide for his family by working on cars for many years. After experiencing a heart attack, Nolan began working with his son, Kelly, as a mechanic and that quickly blossomed into a new passion for driving tow trucks. Every time the tow phone would ring, you could feel his excitement and he couldn’t answer fast enough. He didn’t want to miss a call from UHP (those were the good ones!). He maneuvered the tow truck like a master and was always able to load a vehicle without causing any damage. Nolan also enjoyed fishing and he always had a way to make it fun. He had a rule on the boat that you could only keep the big fish and had to let the small ones go. Whenever he was the one to catch the biggest fish he would get a mischievous smile on his face and toss the big one overboard. He loved hunting and he always went out with a game plan, he would send the kids out brushing and he would sit at a look out point. He had a special bond with his horse, Cap, they looked out for each other and sometimes it seemed like they knew what the other was thinking. Playing softball with his boys and their friends was another thing Nolan enjoyed. He would play catcher and Paul Marshall would always throw the ball as hard as he could but Nolan never missed a catch and he helped win many games. Nolan was almost always working on something. He had a way with his hands and an amazing ability to create anything he put his mind to. He really enjoyed the time he spent working on pinewood derby cars with his sons, grandsons, nephews, step grandson, and great grandson. He also made beautiful, hand tooled leather, wallets, purses, belts, and holsters for his family. He made something for everyone. Nolan had many accomplishments and hobbies, however, he valued his family most of all. He shared his skills and talents with his wife, kids and their extended families. He loved his family more than anything and you could see it in his eyes and in his smile. He lit up anytime he was with the people he loved. He had a very strong and loving heart and was able to endure 14 years of dialysis to spend as much time with his family as possible. Nolan’s biggest accomplishment was to create his eternal family. He was sealed in the temple to his wife, Patricia White Edwards, on Valentine’s Day 2017. His last words to his family were, “Don’t let your heart harden for any reason, always have a soft heart and be happy.” Survived by Beverly Jackson Edwards, Debra Barbieri, Christie (Len) Nicholson, Kelly (Suzanne) Edwards, Michael (Barbara) Edwards, Brian (Mary) Edwards. Grandchildren: Crystal Adams, Trisha Phelps, Trina Nicholson, Matthew Edwards, Natthen Edwards, Brooklynn Tolbert, Nolan Edwards, Brian Edwards, Zach Crose, Bryce Edwards. Great grandchildren: Kira Finlay, Gabriel Phelps, Gracelynn Phelps, GemmaRay Phelps, Rogan Lambson, Charlee Tolbert, Brezlyn Tolbert, Rowyn Edwards, Edith Edwards, Vivianne Edwards, Rylie Edwards, Michael Edwards, Zaden Crose. Brother: Phil (Violet) Edwards . Preceded in Death. Parents:John Elmer and Lorna Sill Edwards; Wife: Patricia White Edwards; Siblings: Boyd Edwards, Darwin Edwards, Ron Edwards, and Carol Dean Bodily; Great Grandson: Dreyden Ashley; Followed by many Uncles, Aunts, and cousins. Service info: Viewing will be held at the Cannon 9th Ward 1250 West 1400 South SLC Friday April 13 from 6pm to 8pm. Another viewing will be held Saturday April 14, 9:30am to 10:30 am followed by his Funeral Service at 11 at the same location. Interment will be at the SLC Cemetery 200 N Street. Thank you to Beverly Jackson Edwards for your love and companionship. On behalf of the family a special thank you to Michael, Jessi Rowley, Michelle, Chris Smith, Wes, Meredith Christensen, Tye and Mandy Cook for all the help and loving support for our Dad. Thank you to all the staff at his dialysis center, and special thank you to Phyllis.

Nolan Thane Edwards 76 passed away on April 8th 2018, in his home where he was surrounded by family. He was born March 31st 1942, in Westpoint, Utah to John Elmer and Lorna L Sill Edwards. He was married to Patricia Ann White Edwards. They were... View Obituary & Service Information

The family of Nolan Thane Edwards created this Life Tributes page to make it easy to share your memories.