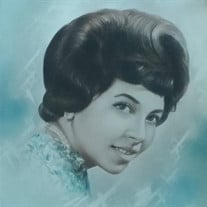 Norma Flores, 68, passed away on March 20th, in Salt Lake City. She was born one spring day on November 21st 1946 in Lima, Peru from Alberto Flores y Teresa Sabroso. She always said “my biggest accomplishment in life is my children” and she did love them, children and grandchildren, dearly. She was still young when she was diagnosed with Parkinson’s disease, but that never stopped her. She was an angel of selflessness. For a long time she was a volunteer in a low income hospital, where she worked in the Burn Unit. She only left it when one of her daughters requested her to come to live in the United States. At the time her health was declining very fast. She loved the ocean and its smell; she spent a lot of time there. She loved the cliffs next to the ocean, and she could spend hours sitting there just watching the ocean hit the rocks. She also loved nature, animals and rushed to help anyone in distress. She felt compelled to help children in pain, and that is why she also fostered many kids who were in trouble even though she never had too much money. She is survived by her five children whom were everything for her: Juan Bravo married to Rosario “Charo” Calle, Soraya Bravo married to Pedro Leon, Patricia Valderrama married to Carlos Valderrama, Paola Bravo, Roger Florez married to Rocio Florez; and grandchildren: Valerie Leon married to Gerardo Gonzalez, Leandro Bravo, Luisa “Chipy” Bravo, Cesar Bravo, Jaime Valderrama, Mauricio Caceres, Luis Valderrama, Santiago Leon, Anya Caceres, Rodrigo Leon, Denzel Florez, Vanessa Leon, Dante Florez. Preceded in death by her dad when she was a toddler, and her mom, who walked with her most of her life. Both of them are waiting for her in heaven She will be dearly missed not just for her children and grandchildren, but for all her friends and people whom she met, and whose lives she touched and changed with her love and kindness

Norma Flores, 68, passed away on March 20th, in Salt Lake City. She was born one spring day on November 21st 1946 in Lima, Peru from Alberto Flores y Teresa Sabroso. She always said &#8220;my biggest accomplishment in life is my children&#8221;... View Obituary & Service Information

The family of Norma Flores created this Life Tributes page to make it easy to share your memories.